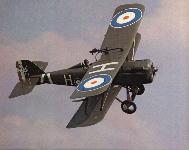 Capt L. W. Jarvis of "C” Flight poses in C5430 "V”. The rear fuselage band was the squadron marking at the time the picture was taken. Well portrayed is the overwing Lewis gun mounting.

R. T. C. Hoidge in an S.E.5 at London Colney. The "wrap-around” transparency was quickly removed and replaced by a simple windscreen.

J. T. B. McCudden in his S.E.5A. When killed in a flying accident, McCudden had 57 confirmed victories to his credit. 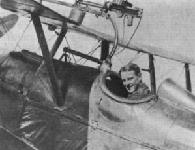 G. J. C. Maxwell runs out his S.E.5 at Estree Blanche in October 1917. The "ack-emma” beneath the nose is pulling a tail-skid dolly. 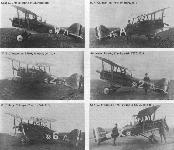