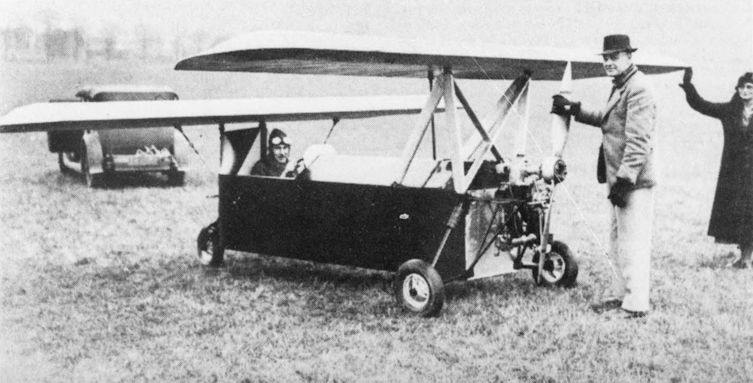 In defence of the Mosquito
Sir,
In part one of your feature on the Dart Aircraft (Aeroplane, July), the reference to the Gurney Grice Mosquito as a “box on wheels” no doubt emanated from A. R. Weyl, who was not exactly a friend of mine. It ДальшеMore>>> was intended as a competitor to Henri Mignets’ Pou de Ciel, and was designed by W. R. Manuel. A competent designer, he built the Crested Wren glider on which Siebert Humphries obtained his Silver C certificate with 30-odd miles distance, 5,000ft altitude and, I think, 5hr duration.
The Mosquito which Manuel and I built bulged with novel ideas. It was tandem-winged, the front wing hinged on its centre of pressure and the rear wing hinged across the middle of the wing. The tail wheel was connected by joystick to the rear plane. The engine unit, which I built, consisted of two 350cc J.A.P. engines of 15 h.p. each. They were coupled together and mounted upside down, with chain drive to a countershaft. Due to pressure of other work the Mosquito was not properly tested, but its performance on the airfield was really surprising and it could have ground-hopped.