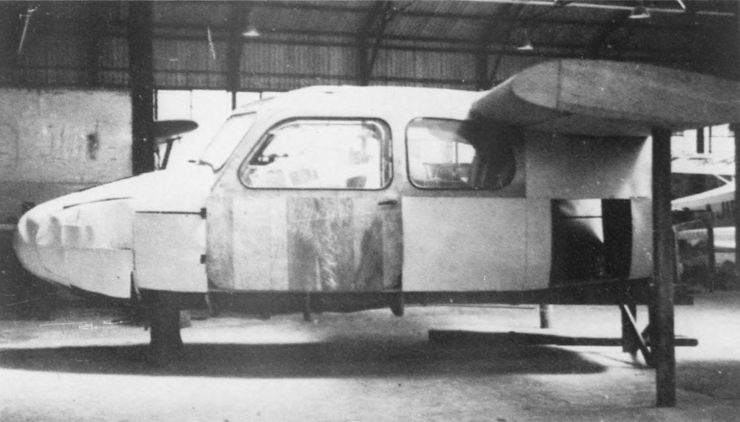 Obscure Austers
Sir,
Following A. V. Hitchman’s interesting story of Auster Aircraft Ltd (Aeroplane, September and October), I felt that you may like to see the enclosed photo, which I took during a visit to Rearsby on June 25, 1949. It shows ДальшеMore>>> the fuselage mock-up of the projected Auster A7 twin-engined, twin-boom pusher, which came to naught. In 1953 another project was announced, the B7. This was to a more conventional high-wing design with a single fin and rudder and retractable undercarriage, powered by a pair of Cirrus Bombardiers. Regrettably, nothing came of this either.
Freeland, P. F. WRIGHT
Oxford