The J.I was basically an armoured and more powerful version of the AEG G.IV produced in large numbers to equip army co-operation units from 1917. To facilitate its main task of attacking ground forces and positions ДальшеMore>>> two Spandau machine-guns were mounted in the floor of the observer's cockpit and were able to fire downward and at forward angles up to the cross-axle of the landing gear. For defence a single Parabellum machine-gun was provided in the usual rear-cockpit position and armour plating was added around the engine and cockpits. The J.Ia version differed in having ailerons fitted to the lower as well as upper wings. The longer J.II of the following year differed further in having horn-balanced tail control surfaces and upper ailerons. A total of over 600 J.I/J.Ia/J.IIs were built.
<...>
Data: Engine one 149 kW (200 hp) Benz Bz.IV Wing span 13.46 m (44 ft 2 in) Max level speed 150 km/h (93 mph) 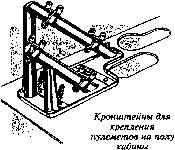