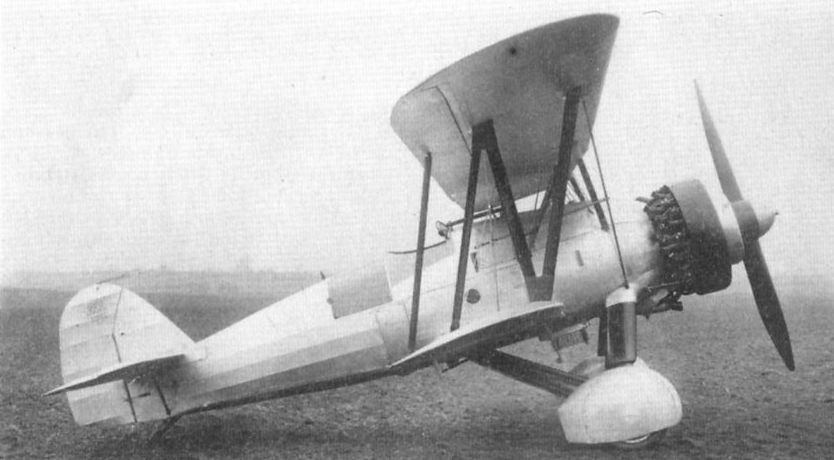 The A.W.XVI is a single-seater fighter fitted with Armstrong-Siddeley Panther engine. The fuselage is a tubular structure with bolted or pinned joints (no welding being used in the primary structure), and the wings have main spars of high tensile steel strip, but are, like the fuselage, covered with doped fabric.
The undercarriage is of the through-axle type, and the wheels are enclosed in "spats" to reduce drag. The Panther engine is provided with a Townend drag-reducing ring, and altogether the A.W.XVI is remarkable for the care which has been taken in its design to reduce drag to a minimum. The result has been that the machine achieves a performance which has been claimed to be the highest of any radial engine fighter in the world.
A petrol tank of 60 gallons (272,8 litres) is placed in the fuselage, and gives direct gravity feed to the engine.
Main data of the Armstrong-Whitworth A.W.XVI are:
Length o.a. 25 ft. (7,62 m.)
Wing span (upper) 33 ft. (10,06 m.)
Wing area 261 sq. ft. (24,25 m2)
Gross weight 3,600 lb. (1 633 kg.)
Military load 530 lb. (240 kg.)

<...>
The "Scimitar" is a high-performance single-seater fighter, which can be fitted with the Siddeley 640 h.p. "Panther" engine or the 725 h.p. "Tiger." The machine is a single-bay unequal span biplane, and two of the features which are essential in a machine of this type have been given very particular attention: field of vision and manoeuvrability.
In its standard form of construction, the "Scimitar" has a fuselage built of high-grade steel, and wings with main spars of high tensile steel strip. Alternatively, the fuselage can be supplied as a welded tubular structure, and the wings with spruce spars and ribs.
An undercarriage of the "split axle" type is fitted, the semi low-pressure tyres being partly enclosed in "spats." Differentially controlled wheel brakes operated by pedals attached to the rudder bar are fitted.
The Siddeley engine is resiliency mounted on rubber pads. It is enclosed in a new type of engine cowling, which consists of an inner and an outer ring. The inner ring embraces the cylinder heads in such a way as to restrain the air to flow through the cylinder finning. The outer ring is of the large chord type, and gives a very low air drag.
The armament of the "Scimitar" consists of two 0.303 Vickers guns and four 20 lb. bombs under the starboard main plane.
<...>

<...>
Britain's sole fighter exhibit with an air-cooled engine is the Armstrong Whitworth "Scimitar." With the Siddeley "Tiger" engine this beautifully finished aircraft has a top speed of more than 230 m.p.h. Like the other Siddeley and Avro machines, it is all-white and chromium plated, so that it cannot help but attract a large crowd throughout the Show. Those who were at the S.B.A.C. show at Hendon earlier in the year will remember (and those who were not will have read our description) that in the hands of Mr. Turner Hughes the "Scimitar" was shown as being extraordinarily manoeuvrable as well as fast.
<...> 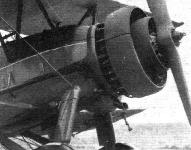 The A.W. XVI (Panther) of a few years ago; it had an inner flange cowl in addition to its Townend ring. This arrangement is not now standard on the two-row Siddeleys. 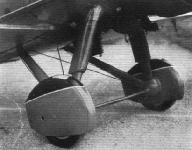 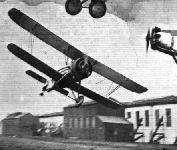 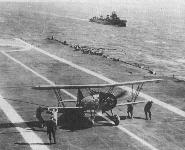 Two AW 16s at Hunjao airfield, Shanghai in May 1934 before delivery to Kaifeng.

FIGHTING EQUIPMENT: Three A.W.XVI's ("Panther IIa") at Shanghai. The ruins in the background, before a Japanese bombardment during the first Sino-Japanese conflict, were hangars.

Two mystery photographs of an unidentified AW 16 photographed with different temporary civil marks. Why this aircraft was so painted is not known.

The AW 16 G-ACCD at the SBAC Exhibition in June 1933. This aircraft was later to become the prototype AW 35 Scimitar.

The AW 16 G-ABKF fitted with the 15 cylinder Armstrong Siddeley Hyena and tight fitting cowling. The Hyena consisted of three five-cylinder radials mounted in line on a common crankcase.

Two of the rare illustrations from "Armstrong Whitworth Aircraft Since 1913" reviewed alongside, showing the A.W.XVI G-ABKF when fitted experimentally with the A.S.Hyena engine and various types of cowling designed to overcome cooling problems.
A.W.35 Scimitar

ARMSTRONG WHITWORTH SCIMITAR. Built originally as a private venture, the A.W.35 Scimitar was supplied in the mid-thirties to the Royal Norwegian Air Force. A very clean aircraft, the Scimitar had a top speed of 213 m.p.h. at 14,000 ft. when powered by a 640-h.p. Armstrong Siddeley Panther VII radial. As an alternative, the Tiger of 725 h.p. could be mounted. Span was 33 ft., length 25 ft. and all-up weight 4, 100 lb. Armament consisted of two Vickers guns firing through the propeller disc.

THE "SCIMITAR": A single-seater fighter of the Armstrong-Whitworth range. The engine is a 640-h.p. Siddeley "Panther."

SHINING BLADES FOR NORWAY: Three of a batch of four Panther-engined A.W. Scimitar fighters which is soon to be delivered to Norway, The Norwegian Government has secured the licence to build further machines of this type. 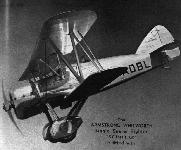 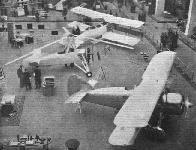 This combined Armstrong-Whitworth and A. V. Roe stand is one of the most attractive in the Show. All the three machines are painted white, with their exposed metal surfaces plated.

ON THE S.B.A.C. STAND: Bristol and Rolls-Royce engines in the foreground, with the de Havllland "Moth Major" behind them. Farther back can be seen the Armstrong-Whitworth "Scimitar," and on the right the Avro built Autogiro.

A.W.16 that came to grief during their service with the Kwangshi Air Force in China. At least six A.W.16s were shipped to China in the period 1932 to 1935. 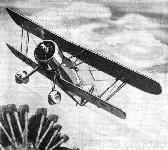 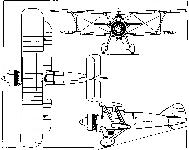 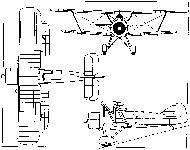