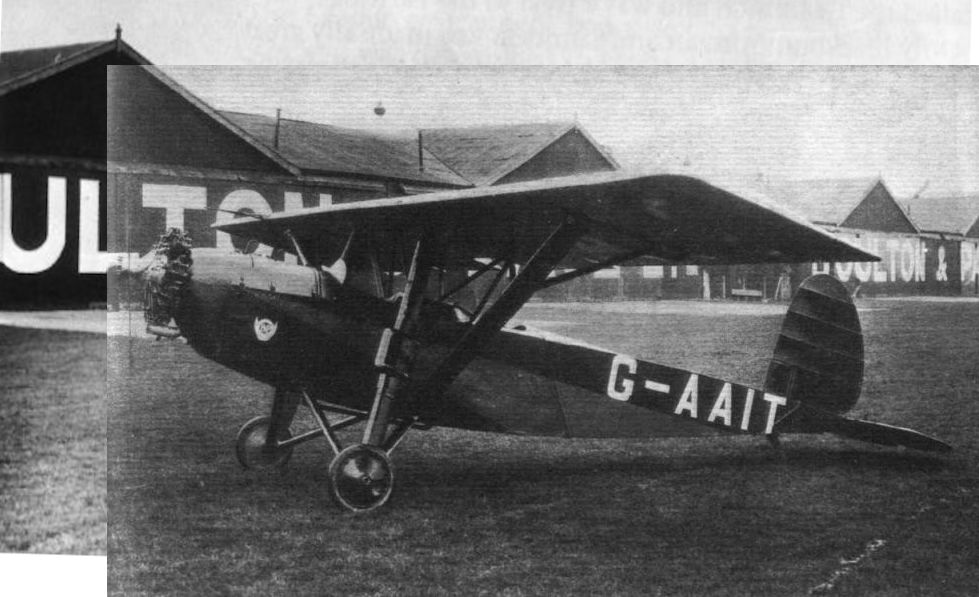 THE Phoenix, which is being developed by Boulton and Paul's, of Norwich, is at present only in its experimental state, and must therefore be treated not as a machine which is available for the ДальшеMore>>> public, but as one out of which may grow a machine, having very especial features which may make it stand alone in the light aircraft market.
When the Phoenix does come on the market it will be <...>ed as a two-seater of all-metal construction with folding wings. The view will also be designed to be better than is usually found in existing light aircraft, and the price it is hoped to keep very low indeed.
As shown at Olympia last year the Phoenix was a small braced parasol monoplane fitted with the A.B.C. "Scorpion" engine. Since this a second edition has been flying very successfully with a 40 h.p. nine-cylinder, air-cooled, radial Salmson engine, as shown above.
The rudder was shown as identical with each elevator flap so that the number of spares will be reduced.

Phoenix II, G-AAIT, at Mousehold, where it served as the company's own aircraft.

THE "PHOENIX" (SALMSON) An original little aircraft produced by Boulton and Paul at Norwich.

The unusual tail units of the Boulton & Paul Phoenix.

The Boulton & Paul "Phoenix" exhibited at Olympia is of wood construction, but the production machines will be all-metal.

The Boulton and Paul "Phoenix" has an unusual tail arrangement whereby the rudder is identical with each elevator flap. This reduces the number of spares.
<<   0/0   >>