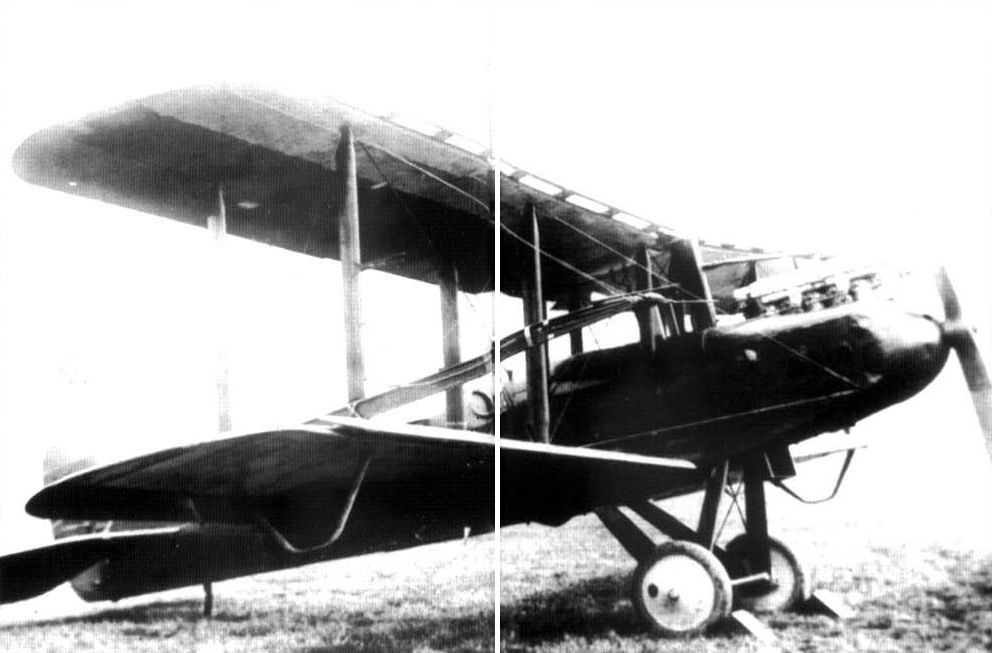 Frederick Handley Page, later to be knighted, was among the first to realise the advantages of the slotted wing, a feature that allowed the aircraft either to fly slower for a given weight, or to lift-off at a higher weight without stalling - avoiding that frequently literal sinking feeling when an aircraft quits flying. Following a series of patents granted Handley Page in late October 1919, his company acquired this war-surplus Puma-engined DH 9 in February 1920, modifying it as the Handley Page HP 17, with leading edge slots fitted to both upper and lower wings. Seen here in its earliest form, a longer, stronger set of landing gear legs were later fitted, in April 1920. These trials had an enormous impact on the aviation world, with the HP 17 demonstrating a 30% improvement in the peak amount of wing lift produced by the use of slots.

THE HANDLEY PAGE WING: The Airco 9 fitted with the H.P. device. Inset the machine in flight. The false leading edge and its supporting brackets can be clearly seen

FIRST FULL-SCALE EXPERIMENT WITH HANDLEY PAGE SLOTTED WING: A close-up view of the arrangement of the slot.

D.H. and H.P. This historic photograph was taken at Cricklewood on October 21, 1920 and shows Capt Geoffrey de Havilland and Frederick Handley Page standing in front of a D.H.9 fitted with H.P. leading edge slats, which improved low-speed lift, landing and safety.
H.P.20

THE HANDLEY PAGE SLOTTED WING TESTED AS A MONOPLANE: 1. The complete machine. 2. Slot closed and aileron normal. 3. Slot open and aileron normal. 4. Slot open and aileron down.
The photographs show a Handley Page slotted wing mounted on the fuselage of a D.H.9A. The machine is comparatively crudely made, but it has served to demonstrate that the scale effect is normal for a slotted wing, and also that the slotted ailerons fitted are effective up to the angle of maximum lift. A more refined machine is now being built, and the full-scale experiments will then be continued with the latest forms of slots.
<<   0/0   >>