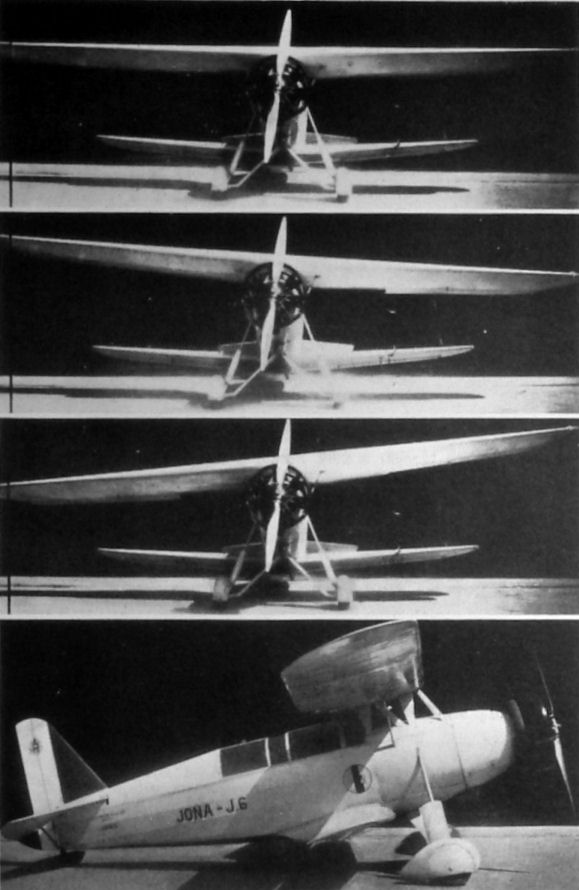 A NOVEL TWO-CONTROL AEROPLANE
Italian Design with Upper Wing on Centre Pivot: Ailerons Not Under Control of Pilot: Possible Risk of Un<...>e of Flutter

A side elevation ol the Jona J.6 biplane, with its pivoted top wing. 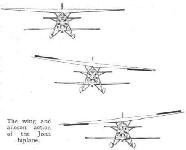 This diagram shows how the pivoted upper wing of the Jona J.6 automatically operates the ailerons to restore it to the central position.

The link mechanism which connects the aileron controls to the fixed portions of the aeroplane for automatic aileron operation.

The pivoted wing is not entirely free to rock around its longitudinal axis, but is restrained by two diagonal telescopic struts.
<<   0/0   >>