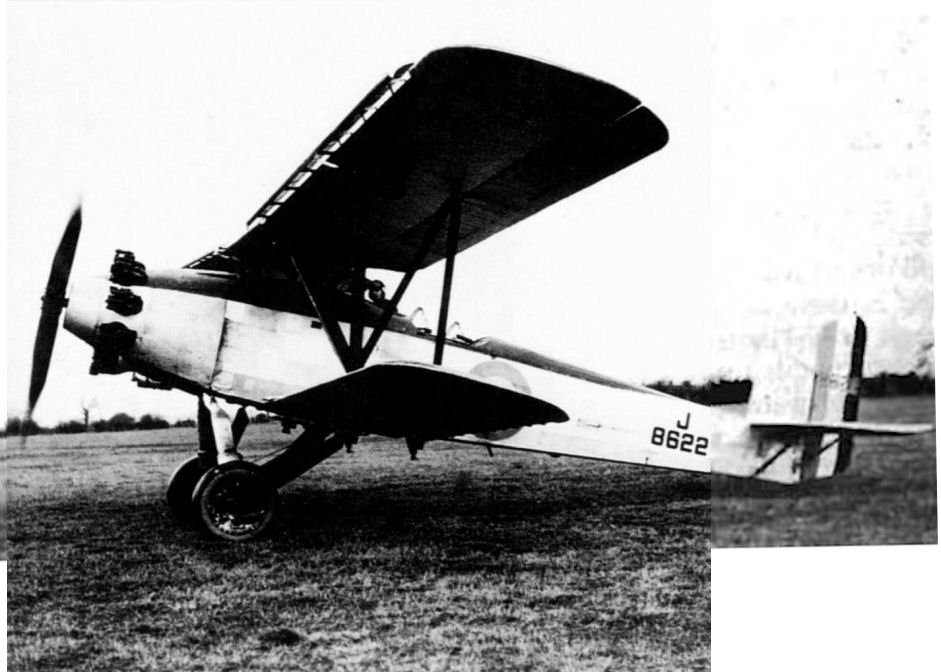 <...>
The Handley Page "Hare" is a two-seater bomber with Bristol "Jupiter" engine. The most remarkable feature of it, as regards outward appearances at any rate (which are the ДальшеMore>>> only features that may be discussed), is the extremely unorthodox wing bracing. Although a bomber, the "Hare" has but a single set of N struts on each side. The lift and anti-lift bracing is in the plane of the front spars only, and takes the form of a single strut on each side, sloping from the lower front interplane strut fitting to the top front spar near the attachment of the centre-section front strut. At first sight one receives the impression that the lift is ultimately transmitted to the undercarriage vee via the sloping struts below the bottom plane, but actually this is not, of course, the case. As far as the wing structure is concerned, these sloping struts could as well be replaced by a cross axle and wire bracing. They are taken outboard to the lower wing merely in order to provide a split" undercarriage.

Впервые открытие Пейджа было реализовано в конструкции бомбардировщика Н.Р.34 Hare. На снимке можно хорошо рассмотреть приподнятый над передней кромкой крыла предкрылок. Впрочем, сам бомбардировщик Hare оказался неудачным.
HANDLEY PAGE H.P.14 HARE. First flown in 1928, the Handley Page H.P.34 Hare was a two-seat, day reconnaissance bomber designed to meet the Air Ministry Specification 23 /25, calling for high performance both at altitude and sea-level. To provide low-level fighting manoeuvrability, a new radial engine was specified, the exhaust-supercharged Bristol Orion. However, in early trials the supercharger failed to meet the required specification because of the then lack of suitable heat-resistant steels for the turbine blades. Thus the Bristol Jupiter VII with gear-driven blower superseded the Orion. It was planned to fit the later Jupiter X to all four prototypes entered for the 23/25 competition (others being the Hawker Harrier, J8325; Gloster Goring, J8674; and the Westland Witch, J8596), but the Mk. X was delayed in development. For the trials, the Hare and the Harrier were fitted with the Mk. VIII (485 h.p.) while the others had the Jupiter Mk. VI (440 h.p.).
The Hare's designer, G. R. Volkert, revised the day bomber layout to meet Air Ministry Specification 24/25 (see silhouette) for a carrier-based, torpedo-bomber, but this was not proceeded with.

One version of the Handley-Page Hare bomber was fitted with a geared Bristol Jupiter, as shown here.

A "Hare"-raising take-off by a new Handley Page Day Bomber. 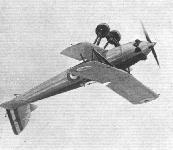 The Hare with a Siddeley Panther. It will be noted that torpedo crutches are fitted.