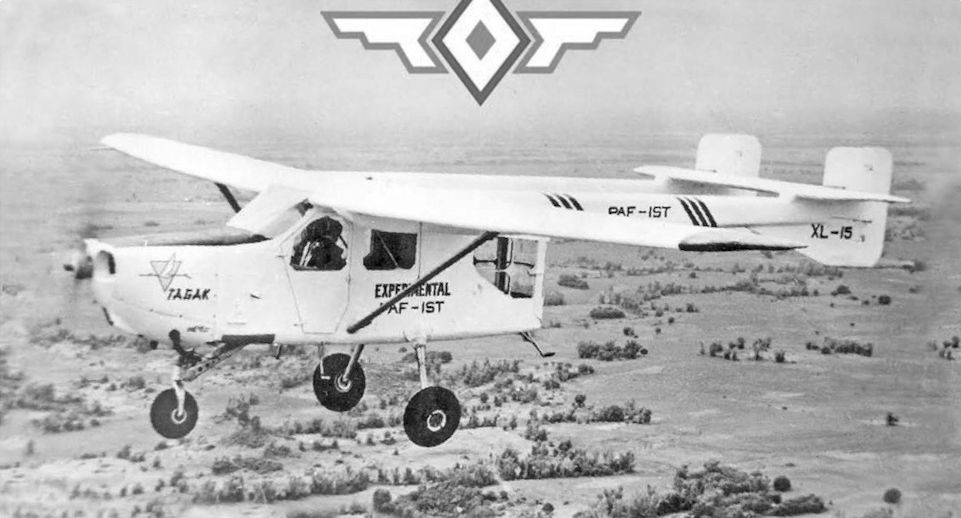 Although not the most elegant of designs, the XL-15 Tagak was the third of the PAF-IST’s collaborative efforts, and offered a rugged, capacious aircraft made with locally-sourced materials.

The XL-15 Tagak was completed in 1954 and made its first flight late that year. It was modified during 1955-56 to provide increased rudder area and a shimmy-damper in the nosewheel undercarriage. 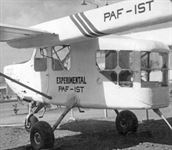 The aft end of the Tagak’s main fuselage pod was extensively glazed, the type being conceived as an air ambulance and liaison aircraft, although it is unlikely it was ever intended to be put into production as such; it was essentially another Wobex-research design.

The glazed rear door of the Tagak’s fuselage pod was hinged on the starboard side and opened to provide access to the 10ft 6in (3-3m)-long and 3ft 1 1/2in (0-96m)-wide cabin, which could accommodate up to two stretchers, one on top of the other, plus a medical attendant beside the pilot.

The XL-15’s cockpit layout was somewhat spartan, with only the most basic instrumentation provided for the test-flight programme. The Tagak was fitted with a Lycoming O-425 six-cylinder engine driving a fixed-pitch two-bladed propeller.

XL-15 TAGAK. As part of a programme of research and study to investigate the possibilities of aircraft construction in the Philippines, the Institute of Science and Technology, Manila, designed and built the XL-14 Maya. Main object was to test the application of local materials, such as home-grown woods, plywood and bamboo.
A second aircraft, the XL-15 Tagak, developed as a joint project of the Institute and the Philippine Air Force, has been undergoing flight evaluation tests since October 1954.
Powered by a 190-h.p. Lycoming O-425A engine, the Tagak is a general purpose monoplane which can be used for ambulance duties, and two stretchers and a medical attendant can be carried. Alternatively the Tagak can seat four persons . Structure is entirely of local woods, plywood, and "Wobex " (Woven Bamboo Experimental, which is a form of reinforced woven bamboo).
Salient features: The pod and twin-boom layout of the Tagak make it unmistakable in the air . Fuselage is angular and cabin and rear fuselage have large transparencies. The high-mounted wing is of constant chord, and tapers sharply on the trail ing edge and slightly on the leading edge.
<<   0/0   >>