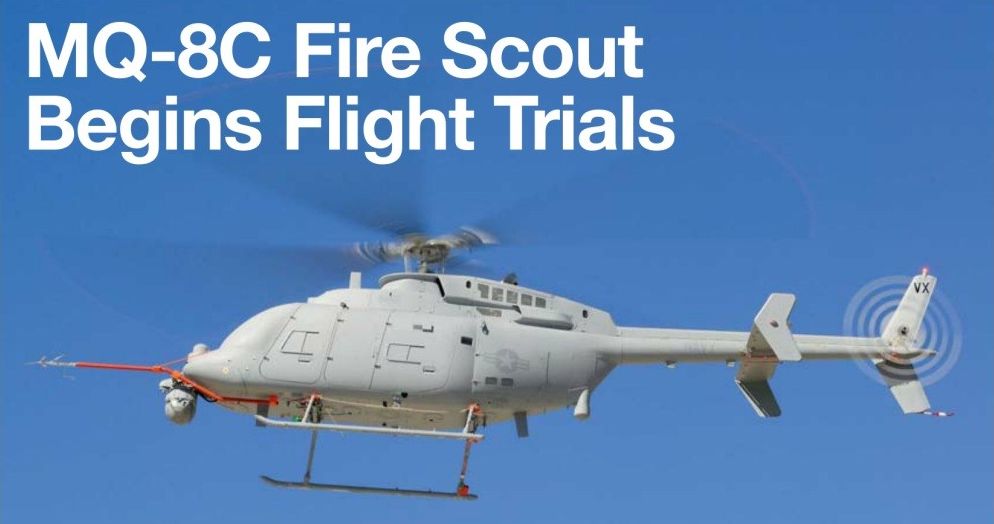 The prototype Northrop Grumman MQ-8C Fire Scout (BuNo 168455) made its maiden flight at Naval Base Ventura County, California, on October 31, 2013.

Taking to the air for the first time on February 12, 2014 was the second Northrop Grumman MQ-8C Fire Scout (BuNo 168456/‘VX’) vertical take-off and landing tactical unmanned air vehicle. The test flight was conducted at Naval Base Ventura County at Point Mugu, California. The first MQ-8C completed its initial flight in October 2013 and had flown 41 times accumulating 66 hours by the time the second had flown. Shipboard trials of the type will start later this year.

MQ-8C Fire Scout BuNo 168455/'VX' hovers over the flight deck of USS Jason Dunham (DDG-102) during the type’s first period underway. The aircraft is fitted with a FLIR Systems BRITE Star II EO/IR targeting system, the turret of which is positioned on the nose. 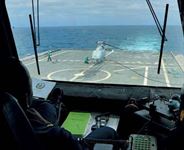 MQ-8C Fire Scout BuNo 168455 completes a test flight at Naval Base Ventura County at Point Mugu, one of 11 operational assessment events to validate the system’s performance, endurance and reliability.

In addition to the mine-huting demo, Northrop Grumman has started flight­testing the first MQ-8C to be built at its Moss Point facility.

Fire Scout performs its ISR tasking over land and sea.

Mounted on the forward fuselage of the MQ-8C, FLIR Systems BRITE Star II Multi-Sensor Targeting Imager is the baseline payload for the new Fire Scout. 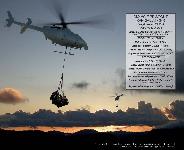 The MQ-8C is capable of a variety of missions including vertical replenishment.

An MQ-8C is required to remain on station at 150 nautical miles from the ship for eight hours.

MQ-8C will undertake its maiden ship embarkation aboard the Arleigh Burke-class destroyer USS Dunham (DDG-109) at the end of next summer.