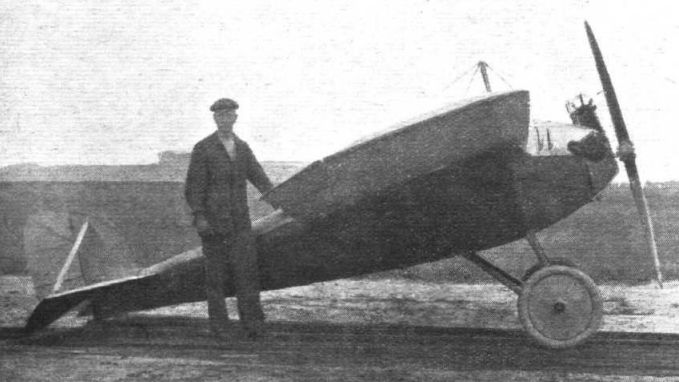 AMONG the German designers little known in this country, but well worth watching, is Dr. Sablatnig, who started his aviation career as an Austrian pilot. If we remember ДальшеMore>>> right, he learned to fly in France, on a Nieuport, and later became pilot for the Union Werke, Berlin. Although an Austrian, Sablatnig served during the War in the German Naval Air Service. While with this service he first attracted attention by designing an undercarriage arrangement with which the rear ends of the floats were drawn upwards against the action of springs, thus increasing the angle of incidence and enabling the machine to make a quicker get off than was otherwise possible. The arrangement proved successful, and Sablatnig was given permission to produce original designs. He succeeded in getting financial assistance from a firm of Bankers (Moiling), and produced several designs.
Since the cessation of hostilities Sablatnig has managed to get several of his designs accepted by the Inter-Allied Commission. Among the latest Sablatnig designs to be sanctioned is the little sporting monoplane Sablatnig K.E.1, shown in the accompanying photographs. This machine, which is of orthodox design, is a monoplane, with the usual monoplane bracing, and is chiefly remarkable on account of its low-powered engine, and for the fact that both its main planes and tail plane fold up for storage. The B.A.W. engine is a three-cylindered fan-type air-cooled of 20 h.p. only, with which the machine is said to attain a maximum speed of 110 km. per hour (67 m.p.h.). The span of the machine is 27 ft. 0 ins., and the overall length is 17 ft. 6 ins. The weight of the machine empty is 407 lb., and with pilot and 2 1/2 hours' fuel she weighs 630 lb.

The Sablatnig K.E.1: Side view