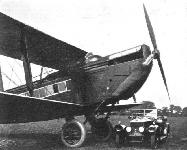 As Long as it is Broad: This photograph of the nose of the D.H.54, or "Highclere" as the machine has been officially named, showing Capt. Broad getting into the cockpit, gives a good idea of the size of this latest de Havilland air liner, which is fitted with a Rolls-Royce "Condor'' engine of 650 h.p.

A NEW DE HAVILLAND AIR LINER: The fuselage of the D.H.54 in course of construction at the Stag Lane Works of the de Havilland Aircraft Company. The men alongside give some idea of the size of the machine, which will carry 14 passengers. The power plant is to be a Rolls-Royce "Condor." 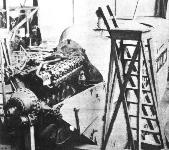 The new De Havilland Air Liner: The Rolls-Royce "Condor" has now been installed in the new D.H.54, as shown in our photograph, taken recently in the Stag Lane works. 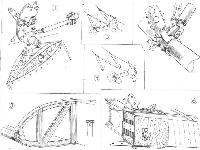