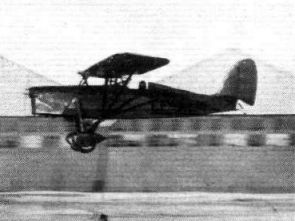 THE controversy as to whether postal matter should be transported alone in special machines or should be handled in conjunction with passengers is being ДальшеMore>>> carried on as strenuously to-day in North America as ever, in spite of the Watres-McNary Act. By this piece of legislation, passed on April 29, 1930, the United States Government set the seal of its approval on combined mail and passenger services, and authorised subsidies to mail contractors in proportion to the number of passenger seats provided in the machines used. There are still many influential men on both sides of the international boundary, however, who favour, if not a complete divorce for these two activities, at least a judicial separation. Not that Canada is bound, or even necessarily influenced, by any action of the U.S. Government, but it is a reasonable supposition that if combined services are right in the United States, they are equally right in the very similar conditions north of the line.
J. A. D. McCurdy, doyen of Canadian aviation and presently President of the Curtiss-Reid Aircraft Company, of Montreal, is one outstanding individual who for many months has been outspoken in his belief that mail, as far as aircraft operators are concerned, is in a class by itself. Nearly a year ago Mr. McCurdy said to the writer in the course of an interview: ''The essence of mail-carrying is the provision of the utmost speed and regularity consistent with the preservation of human life. This entails the taking of risks that, I should think, would eliminate passengers altogether from the picture. Even the carriage of freight and express complicates the handling of postal traffic by encouraging the use of large and expensive machines that are not, in my estimation, of the right type for the transportation of letters.
"The mail pilot's credo," continued Mr. McCurdy, “need have only two clauses: 'Get through if it is humanly possible. Do not throw your life away battling insuperable odds.' The only kind of machine in which this credo can be consistently practised is a small, fast, inexpensive, economical, single-engined single-seater. Why? Because while speed is essential, it is too dearly bought if it entails the use of hundreds of horse-power when 120 will do the trick. Because competition, if not common sense, dictates that capital charges as well as operating costs be kept at a minimum. And, lastly, because in an emergency, such as fog, engine failure at night, or failure of night-flying equipment, the pilot must feel free to save his own life by the parachute route.
"If there were no other reason, the fact that so many air mail routes, both in Canada and the United States, parallel railroads and serve the same cities as these roads, makes regular night schedules definitely necessary to the conduct of an efficient service. Until this is achieved, air mail is nothing but a gesture."

Now, in the "Courier," designed and manufactured entirely in Canada, save, of course, for the engine, we are given a glimpse of the kind of machine visualised by Mr. McCurdy and his designer, Mr. R. N. Bell. Officially we are told that it has been "specifically designed as an airmail carrier which can be operated economically and at high speed on routes where the volume of mail is, as yet, small." Which means on at least 50 per cent, of existing air routes all over the world.
The "Courier" is a braced, high-wing, folding monoplane of very attractive appearance. This was only to be expected when one remembers the tiny "Canadian Cub," in the design of which Mr. Bell collaborated with Mr. G. W. Saynor, both of whom brought out from England a wealth of erudition and ideas from the Blackburn works at Brough. With a span of 30 ft. and a chord - except at the centre section - of 5 ft., it is 7 ft. 4 in. in height overall and 21 ft. 1 1/2 in. long. The power plant is the inverted D.H. Gipsy III engine, with individual stub exhaust pipes protruding through the bottom of the cowling. The slightly swept-back wing is set somewhat above the level of the pilot's eyes, giving maximum visibility in all directions. The very neat folding gear is so designed that the trailing edges of the wings scarfe over the fully streamlined centre section, and this without the use of hinged flaps on the wings. When folded, the "Courier" has a total width of no more than 10 ft. 3 in.
Thirty Imperial gallons fill the fuel tank, which is fitted with a gauge remarkably like that on the dashboard of a Model A Ford car. The oil tank is on the underside of the fuselage, and is so arranged that it may be fully exposed to the passage of air in the summer time, and efficiently insulated in the winter months, when some of the heat is used to warm the cockpit. Approximately on the centre of gravity, aft of the engine, is the mail compartment of 16 cu. ft., designed for a calculated load of 250 lb. Next aft again is the roomy, well-protected cockpit, with parachute-type seat, doors on either side, and all the usual gadgets sensibly arranged on a neat, three-panel dashboard.
Normal stick control, with rudder pedals and attendant brake pedals are employed. Tail trimming adjustment of the worm and wheel type is provided on the port side. The instrument board is lit and navigation lights are supplied as standard.
With the exception of the main spars, which are of spruce, the entire structure is of metal, fabric covered, and but for the duralumin ribs of the main planes, all the metal work is welded steel tube. The split-axle undercarriage, with a track of 6 ft., incorporates long-travel oildraulic shock absorbers and medium pressure tyres. Balanced Bristol-Frise type ailerons, statically balanced also, give exceptionally easy lateral control, and by means of the adjustable tail plane the machine can be trimmed to fly "hands off" at any speed and loading within its range.
The “Courier” has the following specifications (lb.) :-
Weight empty (but with full night-flying equipment) 1,066
Fuel, 30 gallons 219
Oil, 2 1/2 gallons 25
Pilot and parachute 190
Mail 250
Total 1,750
This gives a wing loading of 12.1 lb. per sq. ft. and a power loading of 14.6 lb. per h.p. Wing loading led to a discussion of landing speeds, in the course of which Mr. Bell pointed out that some extraordinary claims are often made in this respect, and that the ordinary air speed indicator becomes an "Ananias-meter" at low speeds, recording speeds lower than the actual. There is, unfortunately, no ruling body to certify in the matter of landing speeds, according to this designer. In any event, both rudder and aileron controls of the "Courier" are reported to be very good right down to stalling speed.
Performance figures, as supplied by Mr. Bell, and based on carefully checked flight tests, are as follow :-
Maximum level speed with full load 137 m.p.h.
Cruising speed at 2,000 r.p.m. 118 m.p.h.
Rate of climb from ground with full load 820 ft./min.
Cruising range 550 miles.
Service ceiling 15,000 ft.
The pity of it is that the present curtailment of practically all expenditure on air mail and most other aerial activities in Canada makes this an inopportune time for the production of even such an economical machine as this. One would very much like to see some sportsman like the late John C. Webster enter this machine for this year's King's Cup Race.

A side view of the Curtiss-Reid "Courier" mail plane, with wings folded.

Front view of the Curtiss-Reid "Courier" mail plane; it is fitted with an inverted "Gipsy III" engine.