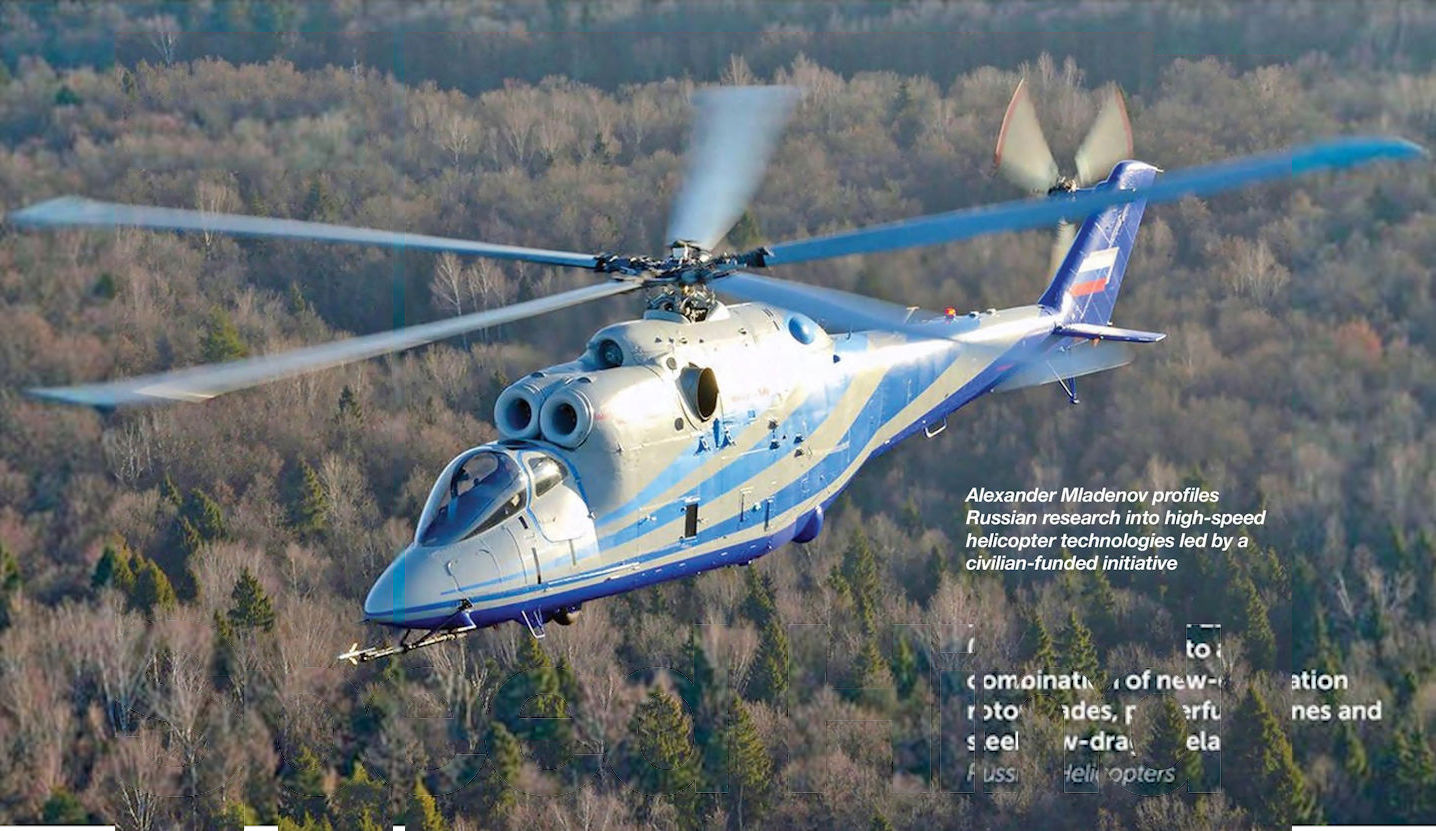 The LL PSV maiden flight on December 29, 2015 was used to test the stability and controllability, wearing the old-style exhaust ducts. Vibration and noise levels in high-speed flight will also be evaluated.

A new nose section was added to the LL PSV design to reduce drag as much as possible. At the MAKS air show in August 2015, the LL PSV was demonstrated with a non-transparent temporary canopy and fitted with stub-wings. The wings were removed during the flight-test programme.

A scale model of the V-37/PSV/RACHEL was first revealed by Russian Helicopters during 2012. The design is intended to boast a maximum speed some 1.5 times higher than that of today’s medium-class rotorcraft in commercial operation.
<<   0/0   >>