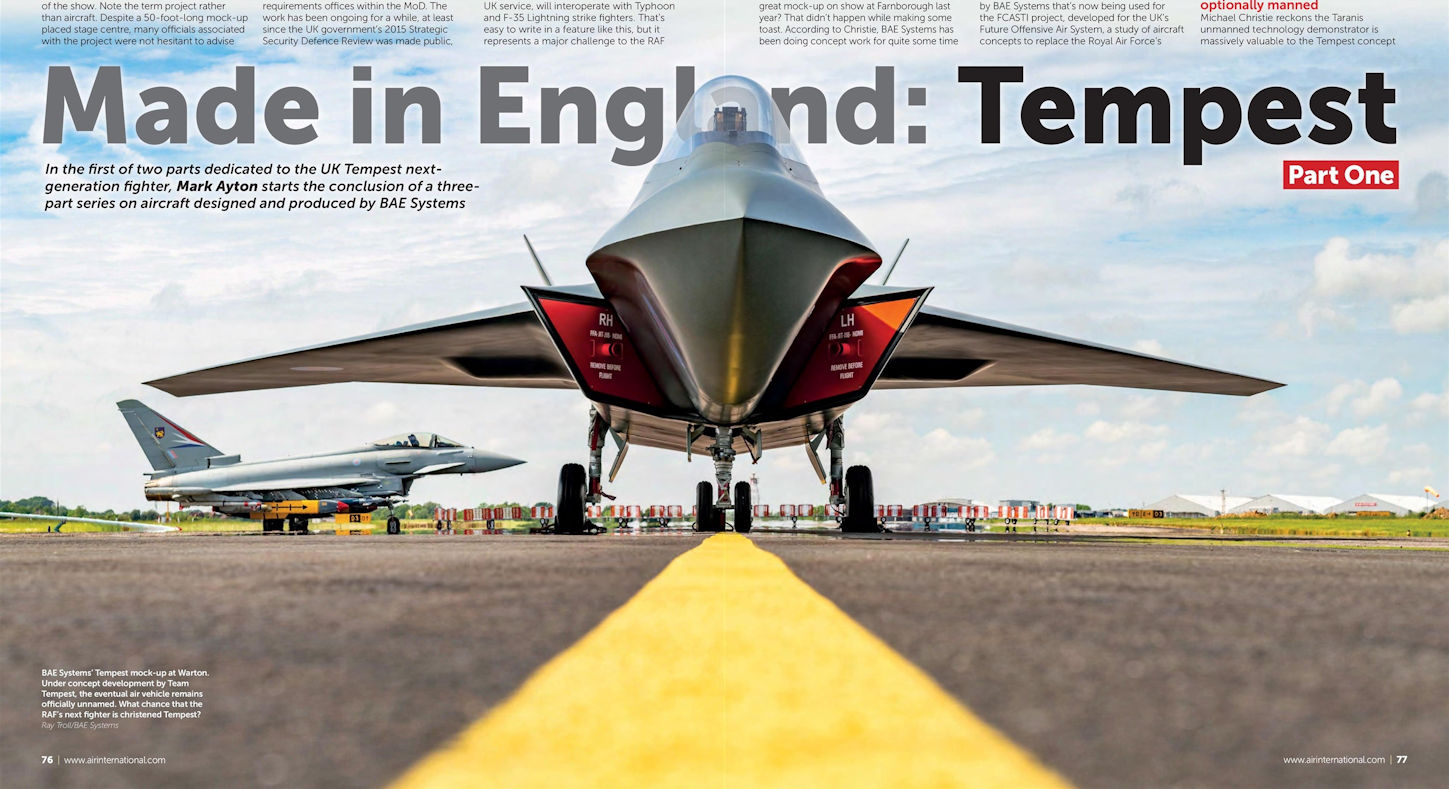 BAE Systems Tempest mock-up at Warton. Under concept development by Team Tempest, the eventual air vehicle remains officially unnamed. What chance that the RAF's next fighter is christened Tempest?

The full-size concept model for the next-generation Tempest fighter unveiled at Farnborough International Airshow in July 2018.
Current thinking is that by 2040 the Typhoon fleet will be approaching its out-of-service date, with the prospect of its successor, the Tempest, being optionally manned.

Looking every inch the 'sixth-gen' fighter, the Tempest mock-up includes a planform reminiscent of the F-117A, with a sawtooth trailing edge, trapezoidal twin tails and F-35-style engine intakes.

The Tempest sixth-generation fighter concept is planned to replace the RAF's Eurofighter Typhoon fleet from the late 2030s.

The image shows one vision of the future; a Tempest fighter and a production operative controlling production via a networked tablet.

An idea of how the future cockpit could look in the Tempest programme, with holographic displays and interactive modelling.