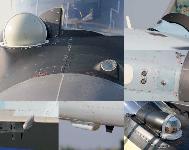 Top left: The infrared missile approach warning (MAW) sensor covering the upper front sector is positioned on top of the aircraft's nose (right) beside the OLS-35 electro-optical search-and-track sensor (left). Bottom left: One of the radar warning receiver sensors for the L150-35 system. Top right: The MAW sensor covering the upper aft sector is positioned behind the cockpit canopy. Right middle: Laser warning sensors (left) are located on the sides of the front fuselage close to the side sector MAW (right). Bottom middle: Two MAW sensors fitted to the forward and aft fuselage underside cover the lower sector. Right bottom: Top down view of the OLS-35 sensor. 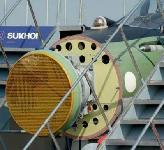 Su-35s on the production line at the KnAAPO facility at Komsomolsk-on-Amur.

The Su-35 can be armed with the Kh-35U anti-shipping missile.

This close-up shot of Su-35-2 '907' shows the OLS-35 electro-optical search and track sensor positioned forward of the canopy.

Test pilot Sergei Bogdan completed the first flight of Su-35-1 '901' on February 19, 2008 from the airfield at Komsomolsk-on-Amur in the Khabarosk Kray.

Power for the Su-35 is provided by a pair of thrust-vectoring AL-41FS turbofan engines each rated at 31,967 lb of thrust with reheat. 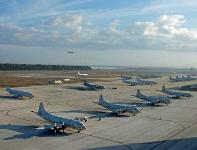 With 58,800lb of thrust available from two F110-GE-129 engines, the pilot of this F-15SG demonstrates the type's power during a display at the Singapore airshow.

Part of Saudi Arabia's December 2011 deal with the US Government for 84 new Eagles, includes upgrading the kingdom's fleet of F-15S fighters to F-15SA configuration. This is projected to begin in 2014.

One of the F-15S fighters that will be converted to F-15SA standard over the next couple of years.

A large cabin, good performance, low airframe and operating costs and wide choice of sensors make the Beechcraft King Air family popular for special mission applications. This aircraft is one of five Shadow R1s serving with the RAF.

Like many of the special missions Beech 350 variants, little information has been released on the RAF's Shadow R1s. The long term future of the fleet is uncertain, as they were acquired to support operations in Afghanistan and funding cutbacks after the UK pulls out in 2014 may see them withdrawn.

Although no orders have been announced for the Spyder, L3 has promoted the system in Europe, the Middle East and Africa. The system was designed to be platform independent and can be tailored to the requirements of the customer.

Several companies have offered special mission variants of the Beech 350, all of which take advantage of under fuselage panniers to accommodate mission sensors.

C-12D 81-23545 was one of the aircraft modified to the Horned Owl configuration.

L-3 is offering the Spyder, based on the Beech 350 airframe.

The largest fleet of special missions Beech 350s is operated by the US Air Force. Its MC-12Ws have been deployed in Iraq and Afghanistan, providing persistant ISR to ground forces.

The RAF's five Shadow R1s were acquired under an Urgent Operational Requirement and serve in Afghanistan.

Artist's impression of the US Army's EMARSS configuration, developed as a successor to the cancelled Aerial Common Sensor.

A Fire Scout 'on the perch’ immediately prior to landing at a land base in Afghanistan. 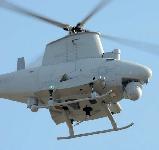 Close-up shot of the three-tube launcher fitted to an MQ-8B, and loaded with three 2.75-inch WGU-59/B test rockets.

This diagram of a WGU-59/B APKWS shows the main components of the rocket system now carried by Fire Scout.

In the Soviet era Aviastar's plant was called the Ulyanovsk Aviation Industrial Complex which produced the An-124-100 Ruslan cargo aircraft.

The flight-test crew of thr IL-76MD-90A after the type's maiden flight at Ulyanovsk on September 22, 2012

The 'ski box' that houses the Saab Microwave Systems Erieye PS-890 radar is a prominent feature of the EMB-145H.

EMB-145H 374 returns from a regular training mission at Larisa AB.

Ground crew assigned to 380 AEW Squadron work through the start-up sequence with EMB-145H 757 on the apron at Souda Bay prior to an Operation Unified Protector mission.

The EMB-145H has a reinforced top fuselage to carry the PS-890 Erieye radar antenna, winglets to improve aerodynamics, fuel economy and range and an increased fuel capacity compared to the commercial ERJ-145 variant.