A laser-nosed Hawker Siddeley Harrier aboard the anti-submarine carrier HMS Hermes during Sea Harrier proving trials in the English Channel which took place during the first two weeks of February. 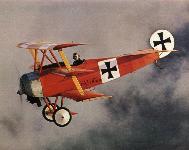 Первый двухместный "Си Фьюри" T.20 (VX 818).
Sea Fury T.Mk 20 prototype VX818, photographed in January 1948. An ex-Iraqi Sea Fury, this variant first flew on January 15, 1948. Note the strut-mounted periscope viewer and the absence of an arrester hook. Sixty production T.20s were built, and all were land-based and devoid of arrester hooks. The powerplant was a 2,480 h.p. Bristol Centaurus 18. 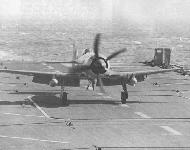 A Royal Canadian Sea Fury landing on HMCS Magnificent. Many ex-FAA Sea Furies were transferred to the RCN. 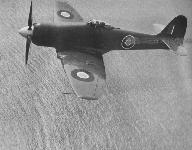 A Sea Fury firing a dozen 3in rockets with 60 lb warheads over the Triligga ranges, Cornwall, in 1951.

The first flight of NASA’s Boeing 747/Shuttle Orbiter composite took place from the Dryden Flight Research Center, California, on February 18, 1977. The 584,000lb combination took off from the Rogers Dry Lake runway after a 6,000ft roll at 8.30 a.m. local time, climbed to 16,000ft and flew a race-track course over the Mojave Desert for 2hr at a maximum speed of 250kt. A series of gentle manoeuvres were made checking behaviour at circuit speeds and investigating flutter response. At present, the Orbiter’s engines are faired to reduce buffet. Five free-flight drops of the Orbiter are scheduled to take place between July 22 and October 15.

Bedford-based Harrier T2 XW175, another of the four Harriers used in the trials.

First flight of the Ahrens AR-404 commuter and light freight aircraft have taken place at Oxnard, California, with test pilot Herman "Fish” Salmon at the controls. Powered by four Allison 250s, the prototype AR-404 will be ferried to Puerto Rico after 10hr flying, where the type is to be developed. The main under-carriage units retract into the stub wings.

Ihe F.D.2, was the last fixed-wing aircraft built by the Fairey Company. The prototype, WG774, first flew at A&AEE Boscombe Down on October 6, 1954. On November 17, 1954, the aircraft suffered engine failure during a test flight but was successfully landed back at Boscombe by Twiss, the resulting damage not being serious. The pilot was awarded the Queen’s Commendation for Valuable Service in the air. Twiss shattered the World Speed Record in the F.D.2 on March 10, 1956, with a speed of 1,132 m.p.h., 310 m.p.h. faster than the record held by a US F-100C Super Sabre. The second F.D.2, WG777, had first flown on February 15, 1956, exceeding Mach 1.0 during this initial flight. Tests continued with the RAE and WG774 was later fitted with an ogival wing, becoming the BAC-221 for Concorde wing research. WG777 went into store at RAF Topcliffe for eventual exhibition in the RAF Museum.

The McDonnell Douglas YC-15 Advanced Medium STOL Transport (AMST) first prototype 72-1875 takes off from Long Beach Municipal Airport on February 16, 1977, its first flight fitted with a new U.S.-French General Electric/SNECMA high-performance CFM-56 turbofan in the port outer position. The CFM-56 is of 2 1/2 ft greater diameter than the JT8D-17s carried in the other nacelles, and generates 6,000lb more thrust.

Nihon University’s Stork B established a new world record for man-powered aircraft when student Takashi Kato made a flight of 2,094m at Shimofusa naval air base, near Tokyo.

Bob Williams’ photograph of the scaled-down Comper Scamp, the CF-1, poses a problem. The serial number T1788, clearly visible on the boom, was supposedly allocated to the Fane AOP. It is therefore doubtful if the Fane was ever allocated these marks, although they could have been transferred to it when the CF-1 was abandoned. Can anyone sort out this confusion?