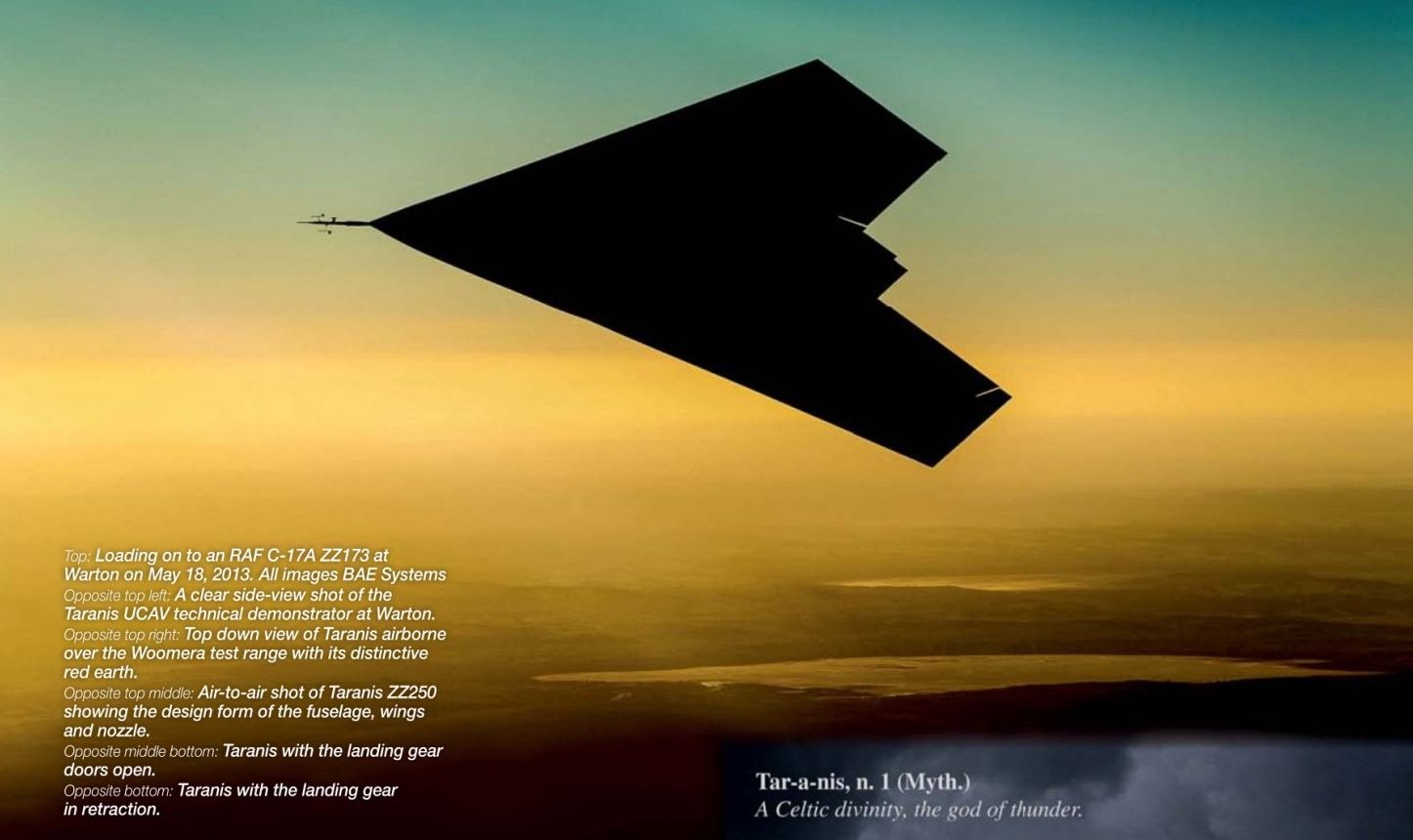 With a wing sweep of approximately 60° the Taranis is subtly different in plan form to other similar unmanned air vehicle demonstrators.

Taranis ZZ250 airborne over the Woomera test range in South Australia.
Antennas fitted to the air vehicle’s fuselage underside for flight sciences testing appear to be positioned within under fuselage panels.

Great top-down view of the Taranis air vehicle shows the curved configuration of the upper fuselage surfaces, the edge treatments of the wing and control surfaces, the fuselage forward of the intake, and the narrow engine exhaust positioned on the upper surface.

Taranis is shaped to achieve specular scattering of radar waves such that they bounce off the structure; the fuselage shape and articulation is formed to minimise the returns to a radar. 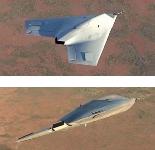 Top: Top down view of Taranis airborne over the Woomera test range with its distinctive red earth.
Bottom: Air-to-air shot of Taranis ZZ250 showing the design form of the fuselage, wings and nozzle.

Out on the Woomera range during the first flight demonstration phase when the air vehicle was fitted with antennas and a nose boom for flight sciences testing.

Note how the curved form of the upper fuselage meets the leading edge of the engine intake at an apex.

The fuselage underside resembles the hull of a boat. The lower surface is gently curved and meets the upper surface at an acute angle to limit the angles of specular reflections.

Main landing gear doors open toward the aircraft centreline rather than toward the wing tip as is the case with the American B-2 bomber and the X-47B unmanned combat air system demonstrator.

This shot shows how the trailing edges are arranged in such a way to direct radar wave reflections in just a few angles.

This shot taken on approach to the airfield at Woomera shows the curved form of the fuselage and the difference in depth between its upper and lower forms. Depth of the upper surface is such to house an S-shaped air intake duct and an Adour engine.

Taxi trials at Warton under a dramatic skyscape. This shot gives a sense of how large the main landing gear doors are.