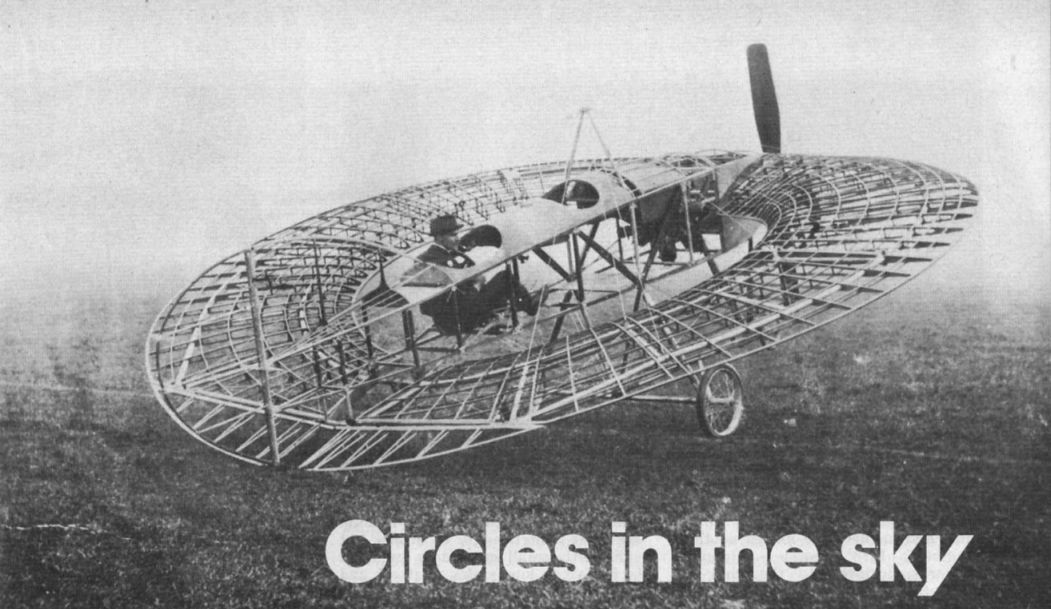 THE "ANNULAR" TYPE OF AEROPLANE

Cedric Lee seated in the cockpit of the Lee-Richards Annular Monoplane No I, Shoreham, November 1913.

The first powered annular monoplane virtually complete, except for covering, in November 1913. Note the intricate wing structure with its complex curvatures and the neat engine installation and large, square-tipped propeller.

The first powered annular monoplane in skeletal form shortly before its first and last flight on November 23, 1913. The wings were rigged at a dihedral angle of 5°.

Eric Gordon England, seated in the rear cockpit, runs up the engine of the second powered monoplane prior to a test flight.

Another view of the second aircraft, showing the struts and bracing supporting the upper elevators, and the control rods projecting up from the rear fuselage. 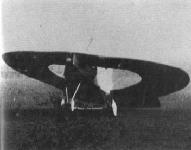 This movie still of the second monoplane taxiing clearly shows the differential operation of the "elevons” for directional control.

Another view of the modified second aircraft, showing the new lower elevons to advantage.

Photographs of the Lee-Richards aeroplanes in flight are rare. This one depicts the second aircraft with modified and repositioned lower elevons.

The third and most successful annular monoplane at Shoreham in 1914. Points of interest are the revised fin and rudder, repositioned elevons and the new, curved propeller. Dihedral on this machine was reduced to 1,2°.

Side view of Cedric Lee machine No.3.

A movie still showing the second aircraft at the moment of starting, with the exhaust gasses escaping from the open bay in the fuselage underside. 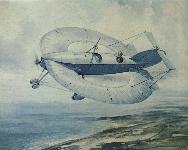