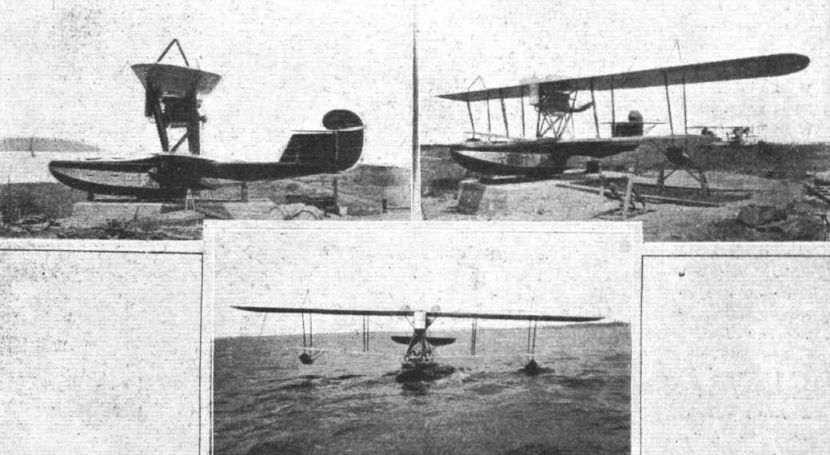 THE AEROMARINE METAL-HULL FLYING BOAT: Three views of the complete machine: Top, left, side view; right, three-quarter front view; and, below, front view of the machine in the water. It is fitted with a 400 h.p. Liberty engine. 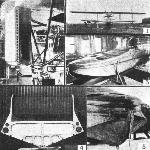 Some Details of the Aeromarine Metal-Hull Flying Boat: 1. Front view of the complete machine. 2. Radiator installation, attachment of motor support, and centre section strut. 3. The complete duralumin hull. 4. One of the transverse frames in hull, ahead of step. 5. The bow of hull.