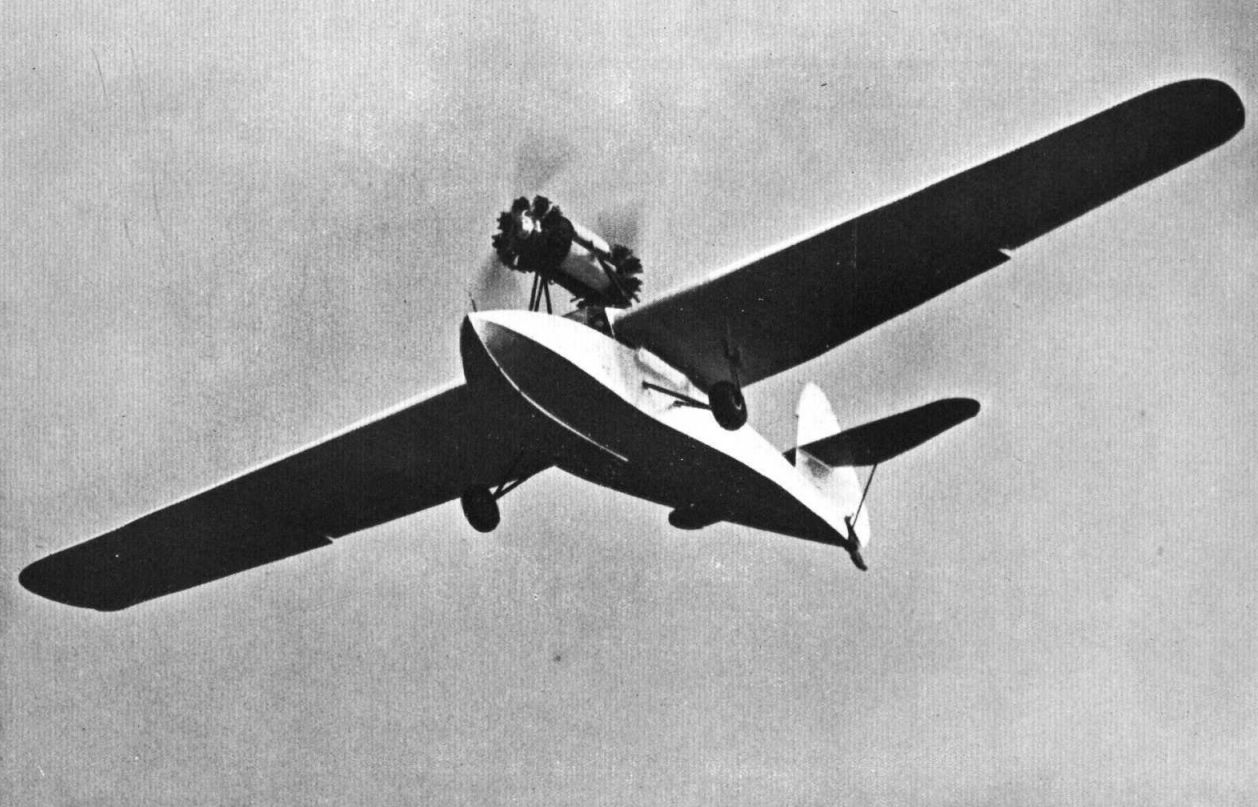 THE HINKLER "IBIS": This is the first photograph of this machine in flight to be published. It is fitted with Salmson AD 9 engines in tandem, and the view from the cockpit is quite exceptionally good. Mr. Hinkler is now seeking capital to develop the type.

THE "IBIS" IN FLIGHT: That the view is good is shown by the fact that in this picture the upper half of "Bert's" head is visible.

THE HINKLER "IBIS" : The experimental machine is not an amphibian, although the possibility of turning it into one has been taken into consideration in the design.

SIDE VIEW OF THE "IBIS": The tandem arrangement of the two Salmson A.D.9 engines looks very simple but caused Hinkler a lot of thought.

John Farmer of the Hinkler House Memorial Museum in Queensland poses with the museum's replica Hinkler Ibis which is now nearing completion. The Ibis's tandem Salmson engines will be mounted on struts above the centre section.
<<   0/0   >>