Basking in glorious sunshine, the Swiss-owned and registered DH Moth Major HB-UPE (c/n 5078) returned to the UK skies 65 years after it left for Switzerland. Immaculately maintained, it proved an eye-catching rarity. Behind is a line of three D.H.87B Hornet Moths.

Celebrating its 60th anniversary, de Havilland DH 60G III Moth Major HB-UPE, poses with its modern trainer counterpart, BAe Hawk Mk 66 U-1257, over the shore of Lake Leman, Switzerland, on August 19, 1994. The Moth Major left the de Havilland factory at Stag Lane in June 1934 and is now owned by the Groupement des Avions Historiques. It is based at the Lauanne Regional Airport of La Blecherette.

A NEW TYPE OF "MOTH": A recent addition to the de Havilland "family" is the wooden "Moth" shown here. It is fitted with the inverted "Gipsy III" engine, so that purchasers who prefer this engine can now be suited. 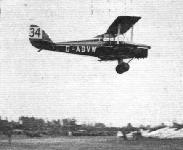 FINISHING THIRD: Mr. L. Lipton crosses the finishing line as third in the King's Cup Race and winner of the Siddeley Trophy.

GOOD CORNERING: Mr. L. Lipton, on his "Gipsy III Moth," was third in the King's Cup Race and winner of the Siddeley Trophy.

On the left, the winner of the London-Newcastle Race, the Hon. R. Westenra, is seen taking off at Brooklands, and on the right he is finishing at Cramlington.

VALUE: The de Havilland "Moth Major," a wooden "Moth" with "Gipsy Major" engine, will be the standard "Moth" for 1934, and is being marketed at the remarkably low price of ?695, fully equipped. It has a maximum speed of 112 m.p.h.

THE DH EXHIBIT: This will be a "Moth Major" with "Gipsy Major" engine.

A Croydon visitor after twenty-three years, Moth Major HB-UPE is unique in having retained the original registration with which it flew away from Hatfield as a new aeroplane in May 1934.

The Nationalists used militarised D.H.60 Moths of the flying school of the Royal Aero Club of Andalucia as trainers. In addition, a fair number of Moths were captured from the Republican Air Force, including the D.H.60GIII Moth Major seen here, which was serving in Nationalist markings at the school of Alcantarilla in 1939/40. Its 120 h.p. Gipsy III engine was obviously proving troublesome.

AERIAL ADVERTISING IN HOLLAND: A D.H. "Moth" ("Gipsy III") , with Dutch registration mark, used for advertising "Mercedes" cigarettes - which was written on the lower plane and also trailed out behind on a banner. Several flights have been made over Holland.

FESTOONED: This undercarriage belongs to the "Moth" shown above, used by the Mercedes Cigarette Co., and was seen at the Heerlen Meeting in Holland. It has to carry four lights - two for landing, two for illuminating the lower plane - and two generators!

Still flying in America, this Moth Major, NC726A, was used by Pathe News to photograph Lindbergh's original "Spirit of St. Louis" at the start of its transatlantic crossing, and has been used again in the recent Lindbergh film. 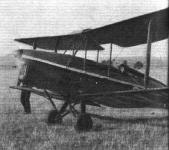 The Klemm 35, which, flown by Herr Clausen, won the race, rounding the aerodrome turn. He is about to overtake Mr. Du Port's Moth Major.

The Cessna winning the Wakefield Trophy by a narrow margin from Miss Klingan, in Mr. du Port's Moth Major, which can be seen low down on the left. (Inset) Mr. Jimmy Haizlip, pilot of the Cessna, looks pleased about it.

FROM ANCIENT TO ULTRA-MODERN: The Midland Club takes "official" delivery of its new "Moth Majors" and hands over the historic "Cirrus Moths." "LT," with wings folded, is probably the oldest "Moth" in the country. 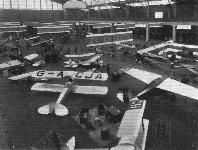 ON THE S.B.A.C. STAND: Bristol and Rolls-Royce engines in the foreground, with the de Havllland "Moth Major" behind them. Farther back can be seen the Armstrong-Whitworth "Scimitar," and on the right the Avro built Autogiro.