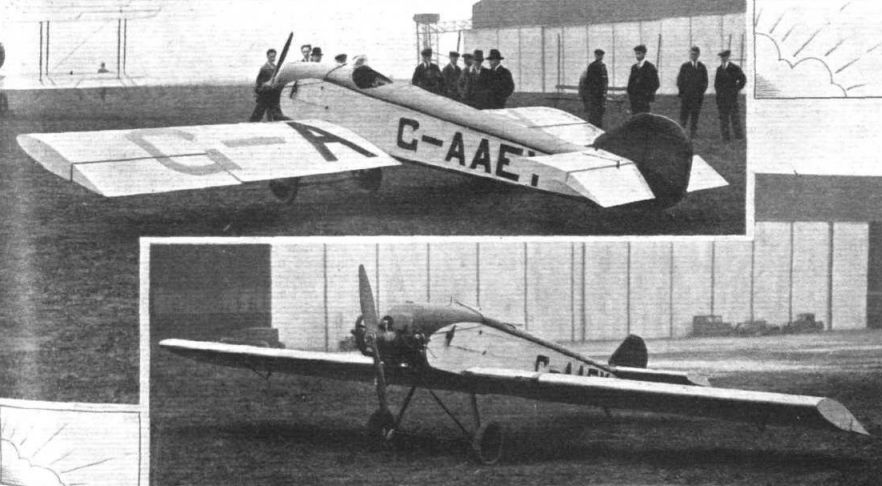 THE "Motor Cycle of the Air" has long been the subject of speculation and discussion. The present-day two seater light 'plane, although it has attained immense popularity, is still a somewhat expensive type of aircraft, and although its popularity does not show any signs of diminishing, quite the contrary, there are many who believe that there is room nowadays for an alternative type in the form of a cheap, low-powered single-seater. Obviously the man who can afford to buy and run the two-seater will do so, but up to the present there has been no "second best," no alternative in other words, for the man of limited means. It must be borne in mind that it is not only the first cost which counts. To that must be added the cost of running and upkeep, not to mention insurance. If a single-seater can be produced at a cost of but little more than half the cost of the present two-seater, it would seem obvious that there is likely to be a market for such a machine, even if the inability to carry a passenger is admitted to be a serious handicap.
Lieut.-Col. G. L. P. Henderson has realised this, and some time ago he joined forces with Mr. Glenny and Captain Pearson and formed the firm of Glenny and Henderson, with works in York Road, Byfleet, Surrey. Captain Pearson designed for the firm a small low-wing monoplane fitted with the A.B.C. "Scorpion" engine, and it is this machine, to be marketed as the "Gadfly," which Glenny and Henderson will exhibit at Olympia.
Cheapness and simplicity were primary considerations in designing the "Gadfly," and consequently one finds such somewhat unsightly features as square wing tips and straight angular lines. However, beautiful lines do not necessarily make a machine fly any better, and something had to be sacrificed on the alter of economy.
In the choice of constructional methods also simplicity and low production costs were kept prominently in view, and as a result the "Gadfly" is built largely of plywood, the fuselage being a semi-monocoque formed of an internal framework covered with three-ply, while the wing has box spars of spruce and plywood, wooden former ribs, and a three-ply skin or planking. The wing is built in one piece and rests in a recess in the bottom of the fuselage. The undercarriage strut attachments are so arranged as to clear the wing, so that the bolts securing the latter to the fuselage can be undone and the wing dropped to the ground without interfering with the undercarriage.
A feature of the "Gadfly" which is bound to attract a great deal of attention is the lateral control. Instead of the type of ailerons to which we have become accustomed, this machine will be fitted with the "rotary" ailerons invented by Capt. Pearson. This type of aileron is an auxiliary surface, in plan shaped like a shield or "heart," and rather peculiarly cambered. The aileron is swivelled around an inclined pivot. Normally both ailerons are at a small positive angle of incidence, say 4 degrees. When full control is put on, one aileron increases its angle to about plus six, while the other decreases its angle to something like minus 40 degrees. The drag on the negative aileron is great, and causes yawing in the right direction.
The tare weight of the "Gadfly" is 455 lbs., and the gross weight 750 lbs., the load being made up as follows: Pilot, 180 lbs.; petrol and oil, 82 lbs.; luggage, 33 lbs.
Overall dimensions are: Length overall, 17 ft. 10 in.; wing span, 25 ft.; wing area, 110 sq. ft.
The following performance is claimed for the "Gadfly": Full speed near ground, 91 m.p.h.; cruising speed, 72 m.p.h.; stalling speed, 45 m.p.h. Initial climb, 500 ft./min. Ceiling 13,000 ft.

THE "MOTOR-CYCLE OF THE AIR": Two views of a new light monoplane which has just been produced by Lieut.-Col. G. L. P. Henderson (of the Henderson Flying School, Croydon). Designed by Capt. K. N. Pearson, this little machine is powered with a 40 h.p. A.B.C. "Scorpion" engine, and is of all-wood construction - even to the fuselage and wing covering. It is intended to place this machine on the market at a very moderate price.

The aircraft is seen at Brooklands in its original form with conventional ailerons. 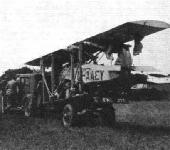 The Henderson Glenny single-seater monoplane (A.B.C. "Scorpion") arriving at Conington. It was assembled and flown in remarkable time.

A Good Beginning: The little single-seater monoplane with A.B.C. "Scorpion" engine, produced by Henderson and Glenny, and to which we referred recently, established a world's record last week by reaching a height of 10,400 ft. (uncorrected), piloted by Col. Henderson. Standing in front of the machine are, from left to right, Col. G. L. P. Henderson, Mr. K. N. Pearson (designer), and Mr. Glenny. Experiments are to be made shortly with wings fitted with the Pearson type of lateral control.

A close-up of the 35 h.p. ABC Scorpion installation and external elevator cables in G-AAEY

Glenny flies the third and last Gadfly, G-AARK with a 40 h.p. Salmson radial engine, beneath the bridge over the Brooklands racetrack. In this picture it has conventional ailerons.

G-AARJ as it looked when intact.

A. P. Glenny flying the first Gadfly, G-AAEY, for the benefit of Flight’s photographer, after the fitment of the new wing featuring Capt Pearson’s "oyster” ailerons.

G-AAEY, depicted in the air-to-air shot.

The Glenny and Henderson "Gadfly" is a single-seater light 'plane. It is fitted with Pearson Rotary Ailerons.

G-AARJ went to Canada in 1930, where it enjoyed a brief life as CF-AMG. It is seen below at Hamilton, Ontario, still with rotary ailerons. 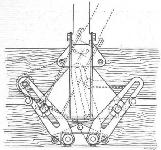 An ingenious differential control is used in the "Gadfly." Normal position shown in full lines, and maximum control position in dotted. 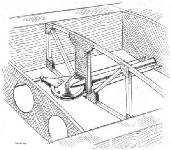 From the joy stick tubes run to a crank on a pulley, and thence the rotary aileron is operated by cable in the "Gadfly."

Pin attachment of main wing spar to fuselage in "Gadfly."

The rotary ailerons on the "Gadfly" shown in normal and maximum position.