One of the European Commission’s restrictions against LOT was that it was not allowed to open new routes. That has now lifted but there remains uncertainty around the airline’s growth plans. Here 787-8 SP-LRD (c/n 35941) is photographed at Warsaw. 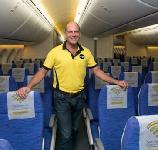 Boeing 757-236 TF-FIU (c/n 26243) is one of 26 757s used by Icelandair. With its distinctive paint scheme depicting the Northern Lights, this aircraft has become a flagship for the airline in its role offering connections between Europe and North America via Iceland.

Gulfstream’s iron bird is operated by the company’s advanced aircraft programmes division at its Savannah facility in Georgia.

Test aircraft T2 on its maiden flight from Savannah Hilton-Head Airport on November 20, 2015.

In January Gulfstream used the McKinley Climatic Laboratory at Eglin Air Force Base, Florida to conduct climatic trials with G500 test aircraft T2. The aircraft is seen beneath an array of lamps used in part to generate high temperatures.

LOT has long wanted to replace its three ageing Boeing 737-400s, including SP-LLE (c/n 27914). The airline needs Airbus A320 or 737-sized aircraft to transfer passengers between key markets and its Warsaw hub. 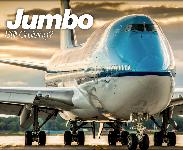 Analysts say that for British Airways continuing to operate 747s from ist busy Heathrow hub makes sense, because of capital expenditure savings the carrier gets from operating them rather than buying new aircraft.

Boeing 737 MAX 8s and MAX 9s will arrive into the Icelandair fleet from 2018. The airline plans to use them to supplement its 757s.