The Su-35S was recently introduced to the Russian Air Force inventory and never previously been shown over Moscow. Here four fly in formation alongside four Su-30SMs.

One of eight 'fat-tank' HC3s undertakes a dust landing on the Salisbury Plain Training Area. D-AFCS de-risks environmental operations issues such as this. The HC3’s planned Julius AFCS upgrade has been held back to complete both the Julius and D-AFCS cockpit enhancements in one hit.

Hovering at 90ft with any barely any references to put down a load - or undertake a confined area landing - is made easier by the HC6’s D-AFCS.

The rear crewman’s role is vital and their confidence in performing confined area landings has been boosted because the helicopter can now be moved in 1 foot increments, keeping the swing very low.

The upgraded Honeywell Aerospace T55-L-714A engine is common across the Chinook fleet. In addition to the HC6's improved performance and handling, Vmax for the aircraft is 160 knots and aircrew say it is as "smooth as you like".

Chinook HC6 ZK552 above the Hampshire countryside near its Odiham base, following its public introduction on June 16 last year.

The Selex Titan 385 ES-HD FLIR Multi-Sensor Turret, mounted on the aircraft closest to the camera, combines high-performance UK mission-specific sensors such as D-NVG into a single line replaceable unit.

As well as an additional seat, the new rear crewman station has the same tablet-based pre-flight mission planning system as the cockpit.

The Chinook has room for up to 55 troops.

This shot of F-15SA 12-1002 (c/n SA-2) landing at Palmdale, California, shows the aft-facing sensors fitted to the ends of the extended pylons form from each vertical stabiliser root.

F-15SA 12-1001 (c/n SA-1) is fitted with a large pitot tube, and is used for testing of the flight control systems. The aircraft is marked with the legend F-15SA FC System Test.

F-15SA 12-1002 (c/n SA-2) is used for flutter and aerodynamic testing at Palmdale Airport, California. The aircraft is marked with the legend F-15SA Fly-By-Wire just forward of the cockpit canopy. 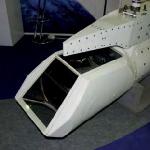 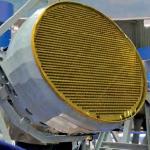