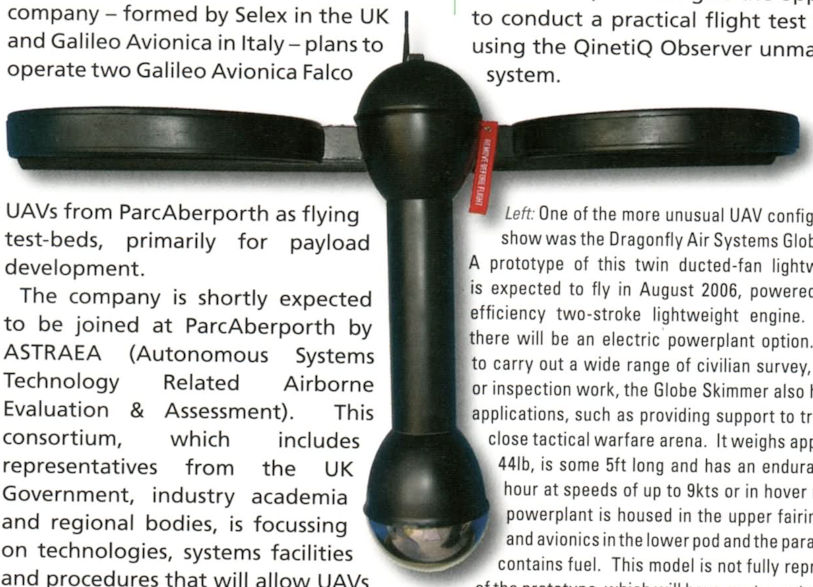 One of the more unusual UAV configurations on show was the Dragonfly Air Systems Globe Skimmer. A prototype of this twin ducted-fan lightweight UAV is expected to fly in August 2006, powered by a high efficiency two-stroke lightweight engine. However, there will be an electric powerplant option. Designed to carry out a wide range of civilian survey, monitoring or inspection work, the Globe Skimmer also has military applications, such as providing support to troops in the close tactical warfare arena. It weighs approximately 44lb, is some 5ft long and has an endurance of one hour at speeds of up to 9kts or in hover mode. The powerplant is housed in the upper fairing, sensors and avionics in the lower pod and the parallel section contains fuel. This model is not fully representative of the prototype, which will have contra-rotating fans in both of the ducts. For ease of carriage the ducted fans fold
down alongside the main body.
<<   0/0   >>