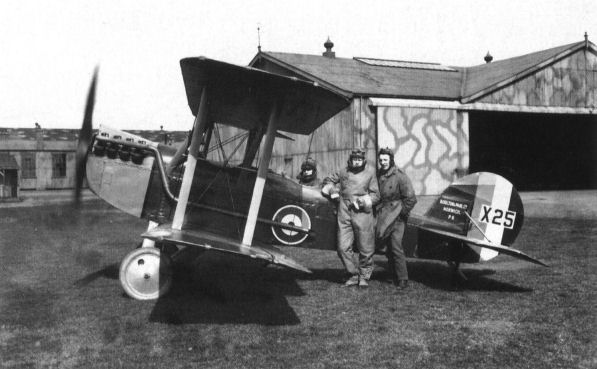 THE BOULTON AND PAUL P.9. BIPLANE

The P.6 on Mousehold airfield in 1918, with Mrs Flavie Dawson Pul, the Chairman's wife, in the rear cockpit, and J D North and Captain Frank Courtney alongside.

The End of a Far From Perfect Day: Squadron Leader Rea winning the Final, on the Boulton and Paul P.9, of the Bournemouth and District Business Houses Sweepstake. 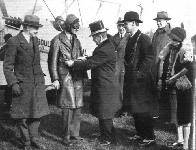 At the Norwich Air Demonstration: The Mace-bearer hanging the chains of office on the Lord Mayor of Norwich, prior to a flight in the Boulton and Paul P.9. The Sheriff of Norwich and Mr. J. D. North appear amused at the proceedings.

THE BOULTON AND PAUL P.9. BIPLANE: The 90 h.p. air-cooled R.A.F. engine fitted to this machine.

THE BOULTON AND PAUL P.9. BIPLANE: 1. The engine rev.-indicator is mounted in a streamline casing outside the fuselage, where it is clearly visible from both cockpits. 2. The simple adjustment for tailplane incidence. 3. The neat luggage boot behind the rear cockpit. Inset is the simple and effective fastener securing the cover in position. 4. The tail skid, which is connected up to the rudder bar to facilitate steering when taxying.