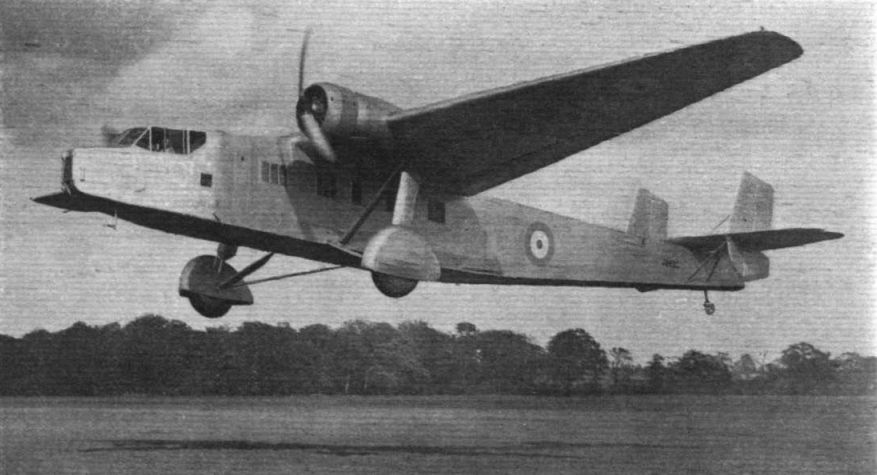 Handley Page H.P.51: Like the Bristol machine, the Handley Page H.P.51 is a high-wing monoplane. As a troop carrier it has accommodation for thirty men, while as an ambulance it will take ten stretchers. ДальшеMore>>> The machine can also be used for transporting fuel. It then carries three petrol tanks of 173 gallons each. The tapered monoplane wing is fitted with wing-tip slots and slotted trailing-edge flaps. The wing span is 90 ft. and the overall length 78 ft. 4 in. The two engines are Siddeley "Tiger VI," of 760-810 h.p. each.

ANOTHER NOTABLE NEW SERVICE TRANSPORT: Wing-tip slots and slotted flaps are incorporated in this Handley Page bomber transport monoplane, seen here during a test flight with Capt. Cordes at the controls. The engines are two 760/810 h.p. Siddeley Tiger VI, fourteen-cylinder two-row radials.
The H.P. 51 (two Siddeley Tigers). The machine was, in effect, the prototype of the Harrow bomber.