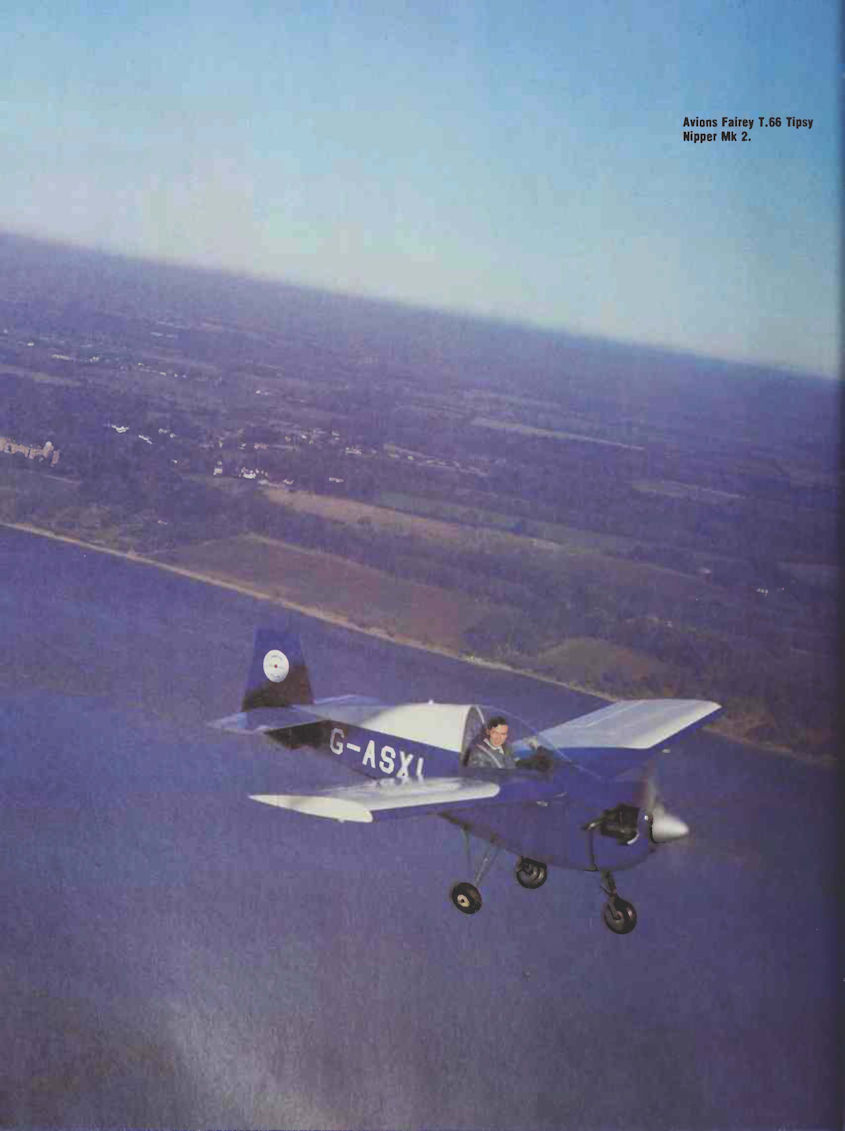 This view of the Tipsy Nipper show the excellent finish of the aircraft. The neatly-cowled Volkswagen engine drives the small-diameter propeller on a direct-drive shaft. The engine is gravity-fed from a tank situated immediately in front of the wind-screen.

The photograph shows some details of the simple, sturdy undercarriage, the mainwheels of which are equipped with brakes. The nosewheel is steerable and coupled with the rudder.

Fairey Tipsy Nipper OO-NIX differs from earlier models in having a closed-in cockpit and an experimental engine cowling. 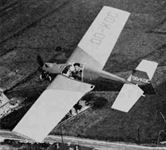 Tipsy Nipper G-ASXI, built at Gosselies in 1960 as OO-KOC, was VH-CGH before coming to the U.K.