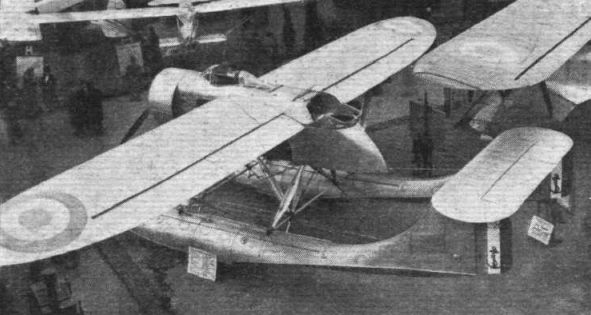 <...>
Another military seaplane of considerable interest is the new Levasseur P.L.200. This is a twin-float strut-braced monoplane with an abbreviated ДальшеMore>>> fuselage. The fins and rudders are carried on the sterns of the floats, and the tailplane rests on top of the fins. The object of the arrangement is to provide a good field of fire for the rear gunner, the slope of the stern of the nacelle being such that he can fire downwards at quite a steep angle, no fuselage intervening between him and the tail. There is certainly something to be said for this type of layout. The machine is a three-seater, the pilot sitting in front, the chief observer in the middle, and the rear gunner, who is also the wireless operator, at the back.
Struts are rather plentiful in this machine. A considerable number support the two floats, but it should be remembered that the P.L.200 is designed to be catapulted, and that the centres of the catapult attachments are fixed and invariable, whatever the design of the particular aircraft. This has rendered the task of supporting the floats a good deal more difficult. Placing the rudders far apart has resulted in removing them a considerable distance from the slipstream, and as no water rudders are fitted, at present at any rate, it is rather to be expected that the machine will not be too easy to handle on the water at low speeds. There should, however, be no great difficulty in fitting water rudders, when this objection would disappear.
<...> 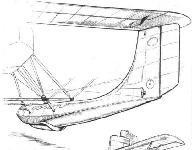