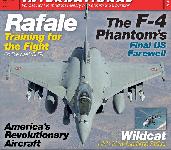 The first L-39NG prototype, 2626, is a former Ukrainian Air Force L-39C bought back by Aero Vodochody for use as a company development aircraft.

The first L-39NG prototype seen during its first flight powered by the newly-installed FJ44-4M engine on September 14, 2015.

The L-39ZA version, developed in the late 1970s, was designed for use as both trainer and light attack aircraft.

The Williams International FJ44-4M offers the same 3,790 lb (16.87 kN) maximum thrust rating as the AI-25TL, but is lighter and boasts a much better response time; its acceleration from idle to maximum power setting is between three and five seconds versus nine to 12 seconds for the AI-25TL.

The L-39C, the first production standard of the Albatros, is still in use worldwide with many military and civil operators. This is an example operated by the Slovak Air Force, one of the three remaining European/NATO operators for the type, together with the Czech and Bulgarian air forces.

A look into the L-39ZA's cockpit, packed with conventional analogue instruments and a marked contrast to the cockpit of the L-39NG.

A computer-generated image of the L-39NG.

Final assembly of the KC-390 is undertaken at Gaviao Peixoto in a new facility opened in 2014, which coincided with Embraer and the Forca Aerea Brasilera signing the first acquisition contract.

The second KC-390 prototype PT-ZNJ joined was recently used for paratrooper and cargo dropping trials in conjunction with the Forca Aerea Brasileira and the Exercito Brasileiro.
More than a month was spent at the Forca Aerea Brasilera base at Campo Grande in 2016 undertaking the first air drop assessments, which included container delivery system drops.

The two prototype KC390s are fully equipped with test instrumentation and each aircraft can perform any flight test role.

KC-390 PT-ZNJ has already conducted initial paratrooper dropping tests including free fall and static line jumps from both the side doors and the cargo ramp. The test period also involved container delivery system and airdrop trials.
The KC-390 is designed to carry up to 66 paratroopers.

A Wildcat HMA2 photographed flying above Chesil Beach in Dorset.

Wildcat is effectively helping reshape maintenance schedules. Serious consideration is being given to whether the Wildcat fleet requires a traditional depth maintenance profile.

The first deployed flight of the Wildcat HMA2 on a nine-month Atlantic mission provided encouraging signs about the maturity of the aircraft and its stores support.

Full operational capability is scheduled for 2018, but initial operating capability was declared in January 2015.

Wildcat maintenance packages are blocked together at present into 25, 50,100, 200 and 300 hourly checks, unlike the Lynx, which has flexed maintenance.

Crew say flying the Wildcat is a huge step-change from the Lynx. Interfacing between the camera, radar and cockpit displays is completed with a single click. 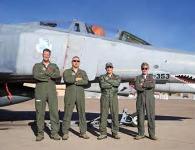 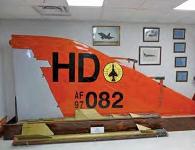 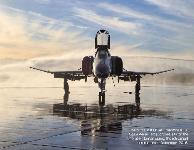 One of the last QF-4E Phantom II Full Scale Aereal Target drones sits on the ramp at Holloman during the retirement ceremonies in December 2016.

Note the array of antennas fitted to the Archangel aircraft.

New design features incorporated into the S2R-660-based include a sleeker nose profile and remodelled wing roots.

This shot shows the amount of space available to both aircrew in the Archangel's voluminous cockpit.

UAEAF Archangel serial number 2362 seen in the static display of the 2015 edition of the Dubai Air Show.

Measuring 9ft 8in (2.94m) long, the IOMAX modular pod was designed to house ELINT or SIGINT systems, a radar, datalinks and carry the MX-15Di imaging system as shown. 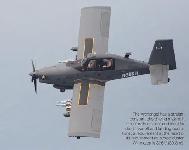 The Archangel has a straight constant chord wing making it structurally efficient and ideal for short take-off and landing operations: a requirement at the heart of its requirement as a crop duster.

One of ten IOMAX Border Patrol Aircraft (not an Archangel) in service with the Royal Jordanian Air Force. This example, serial number 1584, is loaded with two GBU-12 laser-guided bombs and the IOMAX mission pod fitted with an MX-15Di imaging system.

The aft cockpit comprises two 5x7-inch MFDs, a 17-inch display and an up front control panel.