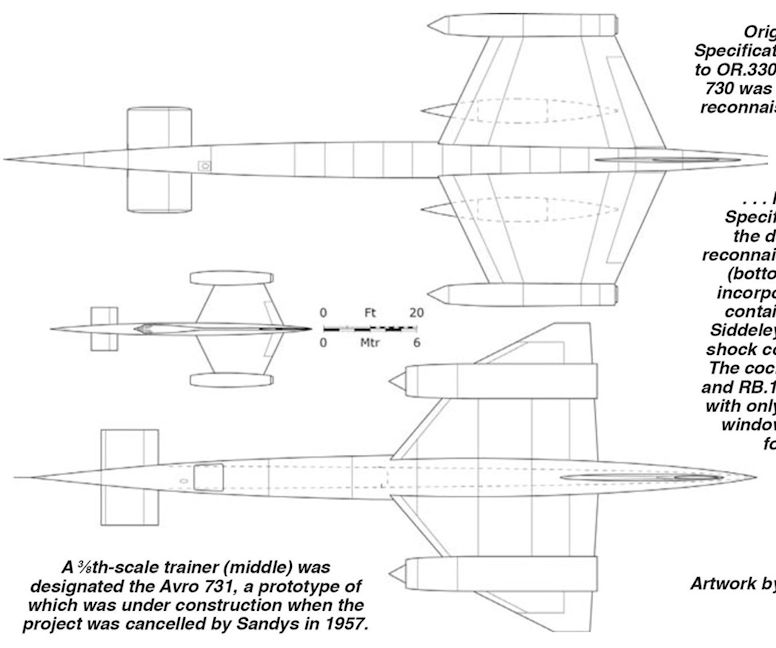 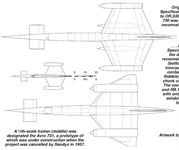 Originally designed to Specification R.156, which related to OR.330, the eight-engined Avro 730 was initially just a strategic reconnaissance aircraft (top) ...
... however, a revised Specification, RB.156, saw the design modified as a reconnaissance aircraft/bomber (bottom) with a delta wing incorporating nacelles, each containing four Armstrong Siddeley P.176 turbojets and a shock cone at the forward end. The cockpits of both the R.156 and RB.156 were fully enclosed, with only one small side-facing window on each side of the forward fuselage.
A 3/8th-scale trainer (middle) was designated the Avro 731, a prototype of which was under construction when the project was cancelled by Sandys in 1957.