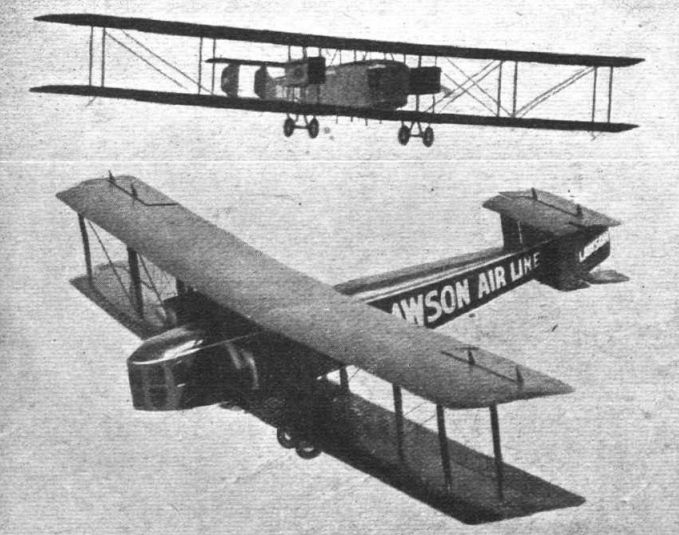 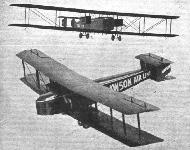 Two views of the Lawson 26-passenger “Air Liner" taken during its recent 2,500-mile flight from Milwaukee to New York, Washington and back. This machine was described in “Flight” for September 11, 1919.

The Lawson Midnight Airliner, L-4: A general view of the machine minus the main plane extensions. It is fitted with three 400 h.p. Liberty engines, the central engine housing, on the fuselage, being a complete, detachable unit.