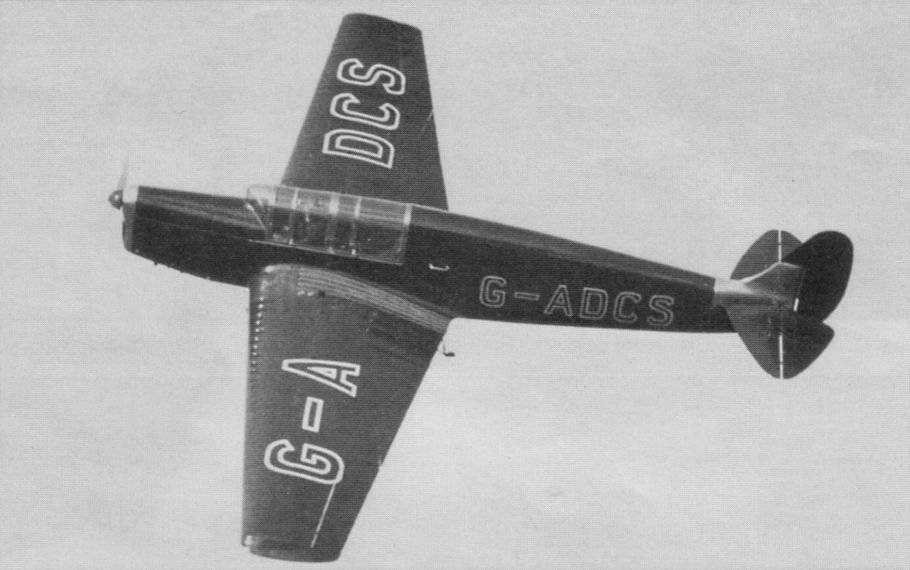 A three-quarter front view of the "MB1" in skeleton. Note the sharp "vee" of the windscreen.

A closer view of the "MB1" taken from behind, with the flap raised ready for folding the wing.

How the wing is released for folding: the front pin is of the screw type, and is withdrawn by rotating the small handle.

The wing spar consists of three large-diameter but thin-gauge booms, braced by smaller tubes, and converging towards one another at the other extremity. 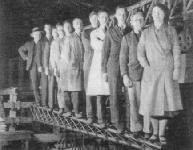 A set of sketches showing the chief points of interest in the wing spar. The details on the left are of the main strut attachment and on the right of the method by which the ribs are secured. The letters are a key to the details.

(Top) The upper of the two joints about which the wing folds; (below) the two halves of the locking arrangement on the front joint of the wing spar. The screwed pin is worked by a small handle.