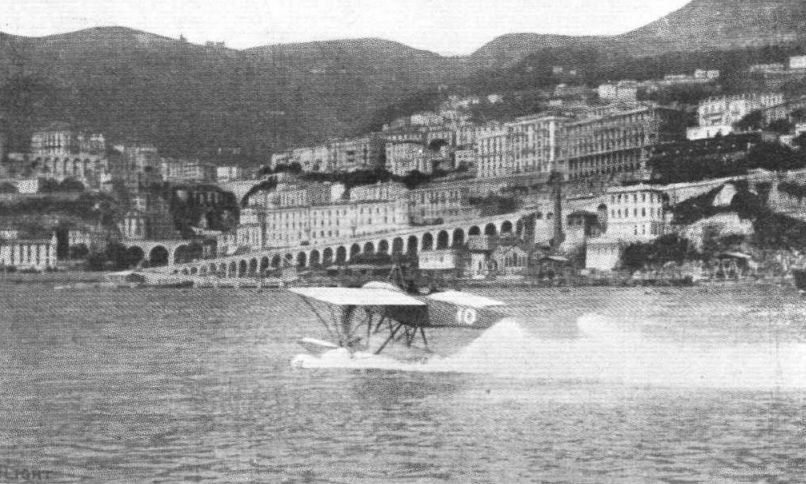 Borel hydro-monoplane (France)
The twin-float Borel of 1912 was a single-seater and was no more than a seaplane version of the Morane-Borel. One was entered in the round-Britain Hydro-Aeroplane trial. In 1913 Borel produced a two-seat hydro-monoplane. About eight hydro­monoplanes (with 59.6 kW; 80 hp Gnome rotary engines) were acquired by the Royal Navy. They remained in use as ship spotters at the beginning of World War I. Others were flown in France and Italy.

A 1913 COMPETITOR. THE BOREL MONOPLANE, FITTED ,WITH A 100 H.P. GNOME, AND PILOTED BY M. CHEMET, WAS UNFORTUNATELY ELIMINATED IN THE PRELIMINARY TESTS.

Marking the 75th anniversary of the formation of the Royal Flying Corps, Arms and Armour Press has published "Britain's First Warplanes", an impressive pictorial survey by J M Bruce of the first 400 aircraft to which serial numbers were given by the RFC and RNAS. Among them was the Borel monoplane seaplane (83), used by the RNAS at Calshot in 1913/14.
<<   0/0   >>