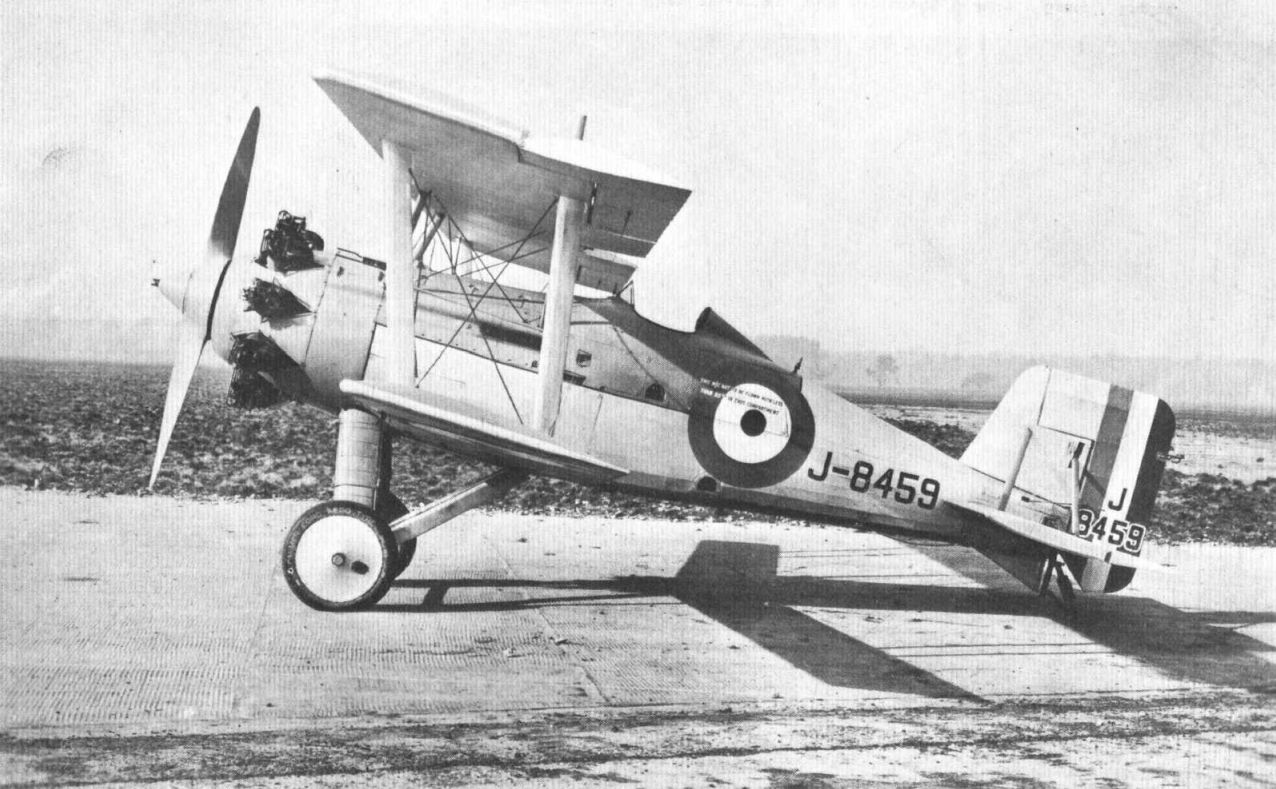 THE forms of metal construction developed by Boulton & Paul, Ltd., during the last six or seven years, are probably fairly well known to readers of FLIGHT. Less known is, ДальшеMore>>> probably, the fact that a large number of parts have been standardised by a very ingenious system in such a manner that, to take but one example, a steel spar for aircraft, ranging in size from the single-seater fighter to a twin-engined bomber, can be produced from stock. In the "Partridge," illustrated this week, very extensive use has been made of such standardised parts, with the result that the machine could, should the occasion arise, be produced very rapidly and cheaply. That this has been achieved without sacrificing performance will be clear from the performance figures given at the end of these notes.

The "Partridge” is a tractor biplane of orthodox design as regards the general lay-out, having a top plane of larger span and chord than the lower plane. The wing section is a bi-convex one, presumably with a small travel of the centre of pressure. Great care has been taken in streamlining the fuselage, the carefully thought-out engine cowling being one of the obvious refinements.

The pilot's seat is of the "pan" type to accommodate the seat type of parachute. It is adjustably mounted (see sketch) by means of a lever working in a notched quadrant, so that the pilot can raise and lower the seat while in flight.
The controls are of normal type, and include a tail-trimming gear with an indicator of angles placed on the instrument board. A perspective diagrammatic sketch illustrates the general scheme of the controls, and should be self-explanatory.
The equipment includes two Vickers guns with ammunition, wireless, parachute, oxygen apparatus, etc.

THE BOULTON AND PAUL "PARTRIDGE": These two views show the first machine. In the second, ailerons will be fitted to both planes. The engine is a Bristol "Jupiter" Series VII supercharged. 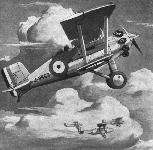 The Boulton and Paul "Partridge": Perspective diagrammatic view of the controls. Inset, the adjustable pedal.