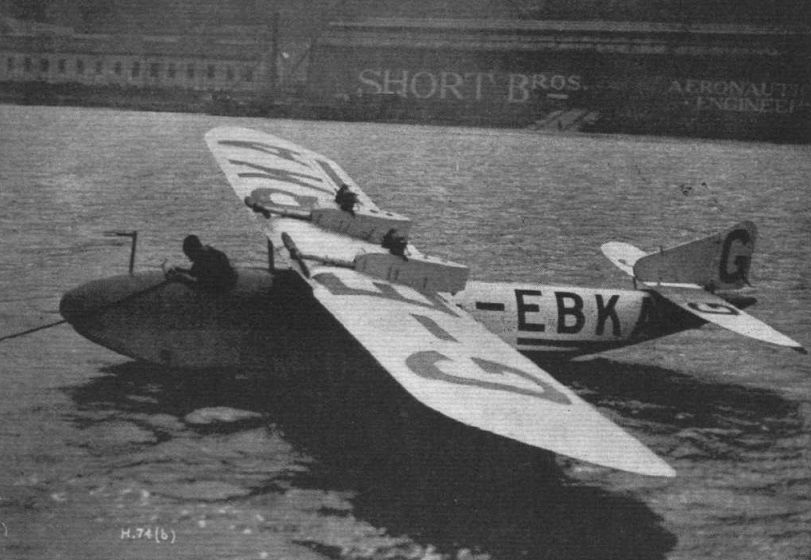 First British flying-boat with all-metal hull: The Short "Cockle" single-seater monoplane, with two Blackburne engines, photographed on the Medway at Rochester on September 18, 1924.

The Short "Cockle" being launched from the slipway at Rochester on March 20, 1925.

DIGNITY AND IMPUDENCE; or, the long and the "Short" of it; A study in contrasts. The small twin-engined Short light flying boat under the wing of an F.5; the smaller machine is to be tested this week.

THE SHORT LIGHT FLYING BOAT: The duralumin hull on the water. After being moored out for 24 hours only an egg-cup full of water had leaked in.

THE SHORT LIGHT FLYING BOAT: Two views of a scale model of the machine. These give a good idea of the general appearance and "clean" lines.