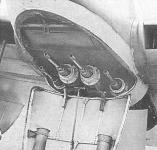 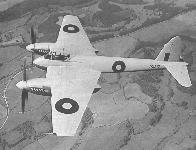 The second prototype Hornet, RR919, photographed in November 1944. Note how the rear extremities of the engine nacelles lower with the flaps. 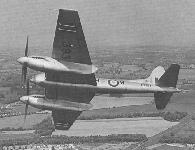 Fitters hand-turn a 65 Sqn Hornet'a four-bladed prop in Sweden in May 1948. 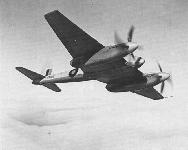 Hornet F Mk l PX225. Production Hornets were capable of climbing at the rate of 4,500ft/min and had a maximum level speed of 485 m.p.h. The Hornet represented the ultimate in twin piston-engined fighter design.

The Hornet's snug cockpit was mounted well forward, giving the pilot an almost uninterrupted field of vision in most directions.