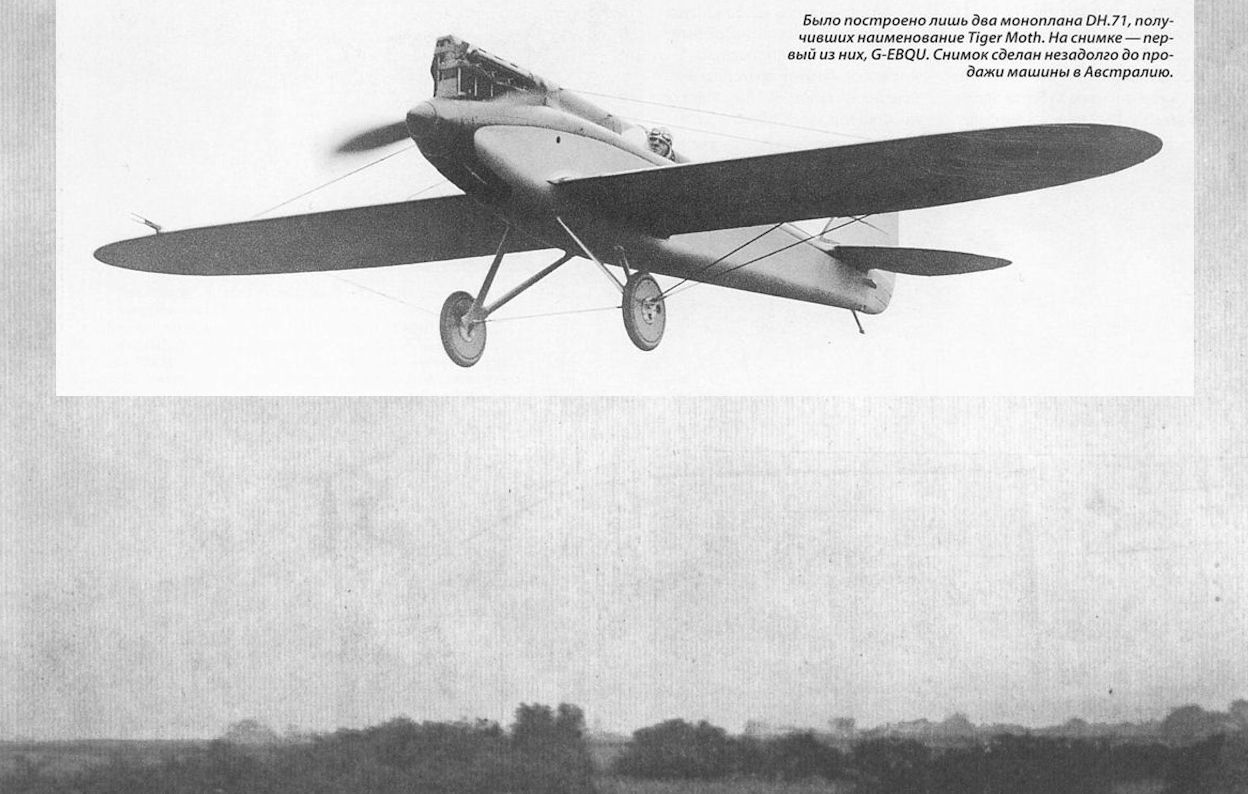 186-5 m.p.h.! With an engine of about 130 h.p., this was the speed over 100 km. attained by Captain Hubert Broad last week on the de Havilland "Tiger Moth." Our photograph shows Broad taking off.

GET YOUR MAGNIFYING GLASSES OUT: The D.H. "Tiger-Moth" (D.H. engine) takes shelter under the Imperial Airways Handley Page air liner, "City of Melbourne," which spent a busy time at Hucknall taking up passengers.

THE NEW DE HAVILLAND "TIGER MOTH" WITH DE HAVILLAND ENGINE: These four views give a good idea of the extremely clean lines of this miniature racer. The photograph of the new machine standing next to a standard "Moth X" serves to indicate how almost absurdly small is the "Tiger Moth." The only struts in the machine are the undercarriage Vees. For the rest the bracing is by Rafwire.

STILL MORE REFINEMENT: When the de Havilland "Tiger Moth" first made its appearance it was difficult to see where further head resistance could be saved. As a matter of fact, it is believed that a good deal more has been saved by refinements recently incorporated, such as the new engine cowling and the fairing of the pilot's head. Capt. Broad, who is seen in the cockpit, states that there is now no draught at all in the machine, while the view is still reasonably good. It is likely that something will be heard of the machine shortly in connection with a new record attempt.

The De Havilland "Tiger Moth": View of the Undercarriage. Note the absence of an axle, and the housing of the shock absorbers inside the wheels.

The prototype Comet under construction at Hatfield in 1934. Note the D.H.71 hanging in the roof.

THE DE HAVILLAND "TIGER MOTH": Side Elevation of Fuselage, showing a certain amount of constructional detail. 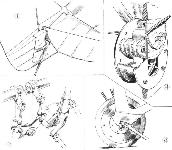 The De Havilland "Tiger Moth." 1 shows how the rudder is thickened to carry out the lines of the fuselage, the gap and cranks being enclosed in hinged casings. The controls are of somewhat unusual type, as shown in 2. 3 illustrates the sprung wheel, enclosing the shock absorbers, some of the details of the mechanism being shown in 4.