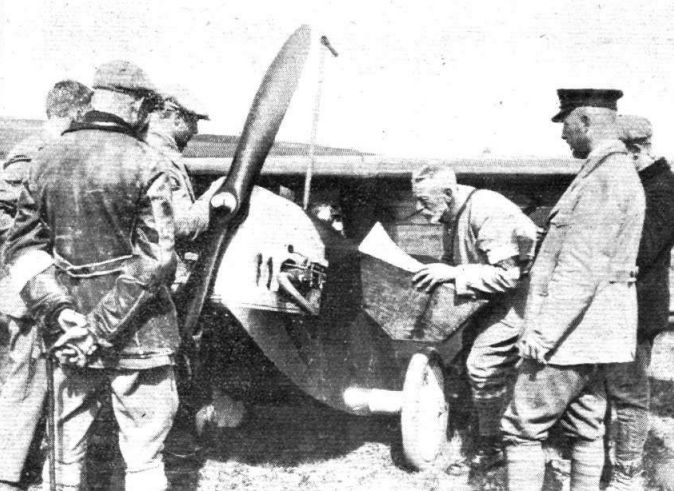 Bristol "Cherub" in Germany: At the recent International meeting at Munich, the Messerschmitt M.17 monoplane, fitted with Bristol "Cherub" engine, obtained first place in both the altitude and the speed competitions, and, according to Herr Messerschmitt, the "Cherub" "ran like clockwork from beginning to end of the competitions." The pilot was Herr Karl Croneiss.

Этот очень удачный легкий спортивный самолет M.17 был спроектирован на основе планера S14.
THE MESSERSCHMITT MONOPLANE: It was on this machine, fitted with a Bristol "Cherub" engine, that Von Conta and von Langsdorff made the flight across the Alps from Munich to Rome.

OVER THE ALPS: This photograph shows Lieut. Eberhard von Conta, who piloted the Messerschmitt monoplane with Bristol "Cherub" engine over the Alps during the flight from Munich to Rome. On the right is seen Dr. von Langsdorff, who was Conta's passenger on the flight.

A NON-STARTER IN THE RUNDFLUG: The Messerschmitt M.17 light monoplane, with A.B.C. "Scorpion" engine, which crashed owing to coming into contact with some overhead electric high-tension cables.