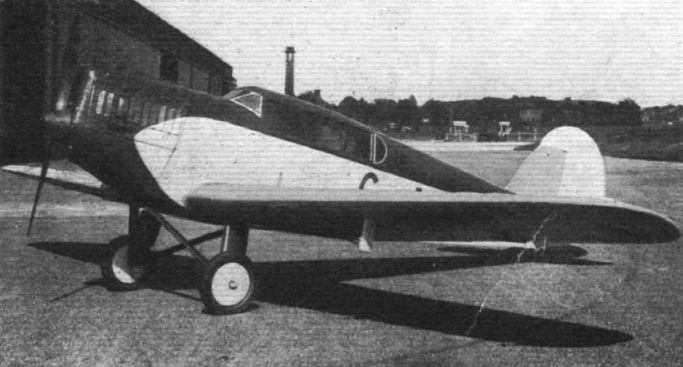 <...>
The "Hobo" was one of Mr. Henderson's earliest efforts, and when originally designed was fitted with the A.B.C. "Scorpion" engine of only 35 h.p. For the race a new Certificate of Airworthiness has been granted, allowing the use of a Pobjoy "Cascade" engine, and in this guise the performance should be quite out of the ordinary. The machine is particularly robustly constructed, with a three-ply covered fuselage, and has a very wide undercarriage. Although only a single-seater, its performance should be sufficiently high to give it a wide appeal amongst sporting pilots who like to have an open machine solely for the pleasure of flying. Constructionally, a definite family likeness can be traced from this machine via the "Hendy 302" (which, incidentally, was first produced as an open two-seater machine, and only had a cabin top fitted after it was acquired by its present owner, Mr. C. S. Napier, Technical Director of the Cirrus-Hermes Engineering Co.) down to the Hendy "Heck."
Mr. Henderson has consistently got just a little more out of his machines than has generally been expected, so both the "Heck" and the "Hobo" may be counted upon as possible "dark horses" for the race. The "Heck" has been built under the direction of Mr. Henderson in the Westland Aircraft Works at Yeovil.

Первоначально Hendy 302 оснащался двигателем Cirrus Hermes I мощностью 105 л. с. (78 кВт), но затем последний заменили на Cirrus Hermes IV мощностью 130 л. с. (97 кВт), а также перепроектировали кабину и установили шасси с обтекателями колес. Модифицированная машина стала называться Hendy 302A.
DESIGNED by Mr. Basil B. Henderson, this new machine has been but recently produced, and is something of a "dark horse." Last year Mr. Henderson produced the "Hobo," incorporating a novel form of wing construction, and the "302" is a development of the smaller machine, being a cabin two-seater. As the picture shows, it is a low-wing monoplane. The occupants are placed in tandem. The engine is a Cirrus-Hermes. 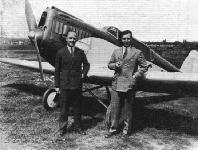 HENDY MEN: On the left, Capt. E. W. Percival, and on the right, Mr. Basil B. Henderson. 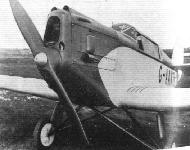 THE BUSINESS END: The cowling of the "Hermes"engine in the "Hendy" 302 has been carefully designed and although totally enclosed, the engine keeps remarkably cool.

THE HENDY 302: This machine would have stood a very good chance in the King's Cup Race had compass trouble not intervened. It is unique as our only low-wing cabin monoplane.

THE HIGH-LIMIT. Mr. Percival, the last man away, loses no time in getting his Hendy 302 (Hermes II) off the ground.

Capt. Percival sitting in the opened cockpit of his Hendy 302, which he flew in the King's Cup Race. He made exceptionally good time to Manchester. This machine offers a new version of comfort to private owners, and appears to combine a low landing speed with a high top speed and, moreover, has excellent visibility from the pilot's seat.

SEEN AT HESTON: Mr. Percival gets into his comfortable and fast Hendy 302.

AT MRS. BALDWIN'S NATIONAL BIRTHDAY TRUST FUND MEETING AT HANWORTH: The photograph shows some of the faster machines lined up for the start.

This view from below shows the neat way in which the centre-section of the wing fairs into the fuselage.

THE "HENDY" 302: Flying Views from below and above

An aerial view of the Hendy 302 [Hermes II) flying over the Sussex Downs. This machine is the fastest cabin light aircraft available for private owners and cruises at 125 m.p.h. Built by the Hendy Aircraft Co., of Shoreham-by-Sea, Sussex, this is an extremely fascinating aircraft.

Capt. Percival (third on the Grosvenor Cup) on his left

The Hendy 302 has been used as a flying test bed for the new Cirrus Major 150 engine. 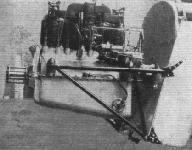 THE "HENDY" 302: The mounting of the "Hermes" engine is very simple, and the attachment to fuselage corners is by stirrup plates.

THE "HENDY" 302 Details of the wing construction. Note the lattice type drag bracing of the main spars. 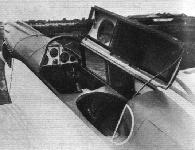 THE CABIN OF THE "HENDY" 302: This is very comfortable, with plenty of leg and elbow room. The view is good, much better than one would expect from the external appearance.

Provision is made, on the "Hendy" 302 for the support of a jack under the axle.

THE "HENDY" 302: Mr. Henderson has designed a novel form of main spar bracing, in which the spars are braced top and bottom by lattice strips, anchored at their ends and points of intersection to three-ply gussets.