American Airlines has a fleet of 48 Boeing 777-200s, the first of which entered service in January 1999.
American Airlines’ iconic polished silver fuselage, flown since 1968, has been replaced with a silver mica-based coating.

American's transcontinental flights use ten Boeing 767-200ERs. They will be retired by the summer and replaced by Airbus A321 narrowbodies. 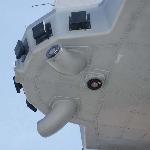 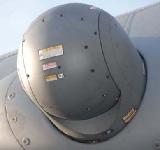 The fairing on an AC-130U containing the AAQ-24 DIRCM turret, shown in the stowed position - to protect the optics from foreign object damage.

The shroud used on the AC-130U to minimise heat radiation from the engine.

An F-15E Strike Eagle assigned to the 335th Fighter Squadron based at Seymour Johnson Air Force Base, North Carolina releases flares during a local training mission.

The pilots who took part in the four-ship fly-by on October 20, 2013 are congratulated by the Tactical Air Force Commander, Brigadier General Hristos Vaitsis.

For the near future the HAF will keep its RF-4E fleet assigned to 348 Tactical Reconnaissance Squadron as an ASTAC pod carrier platform.

On October 4, 2003, the 348 TRS celebrated its 50th anniversary by hosting a fabulous event and inviting numerous NATO recce squadrons to Larissa. RF-4E s/n 7519 painted in an anniversary scheme flew in the formation

The anniversary painted RF-4E s/n 7450 taxies in for parking to end the ceremony.

The entry of ex-Luftwaffe RF-4Es allowed 348 Mira to continue with its reconnaissance mission.

RF-4E on a left break dispensing flares. Today, half of the ex-Luftwaffe aircraft are painted in the SEA scheme and the other half have retained the black-green lizard scheme 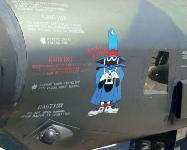 The famous Spooky appears to snap a photograph on the starboard side.

Should it win the Polish helicopter competition, AgustaWestland plans to manufacture the AW149 in Poland at subsidiary PZL-Swidnik, which should lower unit costs and increase prospects for joint training and maintenance if Hungary follows suit. Like other candidates, the AW149 can be armed with missiles and rockets should Hungary decide to do so.

There is considerable support within the Hungarian armed forces for new Mi-17s, a type that is familiar and well liked by air and ground crews, and by the troops they support. The main prospect is an even more refined version of the Mi-17V-5, similar to this example in service with the Venezuelan Air Force.

A Hungarian tender for second hand transport aircraft was released on June 7, 2013. Given the limited funds available, one viable option is the Pilatus PC-12.

Pegasus operates Boeing 737-800s, but the airline will start taking delivery of the Airbus A320neo in 2016.