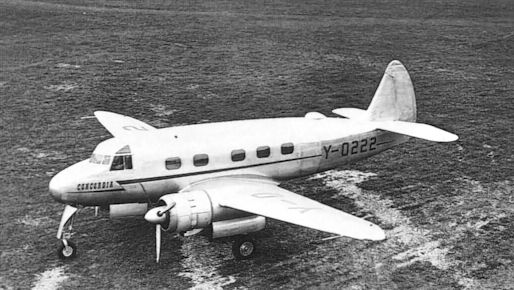 The ten-seat Cunliffe-Owen Concordia (see here wearing 'B-condition' markings Y-0222) first flew in May 1947. It was the only one of its type completed.

The prototype taxies past proud Cunliffe-Owen employees at Eastleigh prior to the first flight on May 19, 1947.

The prototype at Eastleigh on May 2, looking almost futuristic when compared with the Lancaster BIIIs in the background.

The non-standard blister forward of the fin housed a tail parachute for spinning trials. 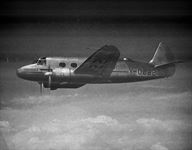 The second and final Concordia, G- AKBE, seen at the 1947 SBAC Show at Radlett, was 5in longer than the prototype. Work on a further batch of six aircraft was suspended in November 1947 when customers failed to materialise. 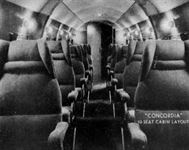