THE NEW “AVRO-CADET" SERIES
A. V. Roe's have answered the demand for a modified form of their "Cadet" by producing a series which will satisfy a wide range of users, at the same time retaining the flying characteristics of the original "Cadet" engine.

The pride and joy of the Vintage Aeroplane Club was Avro 638 Club Cadet G-ACHP. Built in 1933, it was fitted with a Gipsy Major I and initially flown on communications duties by Saro.

Another popular Civil Air Guard type was the Avro Cadet. G-ACFH was a three-seater and the prototype Avro 640 Cadet.

Two of the three Avro Cadets attached to Cobham's National Aviation Day displays. The Cadet on the right nearly collided with an aircraft flown by the author near Inverness.

The red, white and blue Avro Cadets were used for formation flying and for joyriding. For 7s 6d (38p) a seat the public could even take part in a Cadet race around a triangular course. 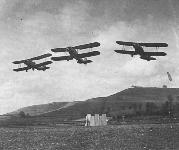 The Airwork School at Heston Airport, as the principal establishment of its kind in Great Britain, must naturally use the most up-to-date and efficient training aircraft. The school has, of course, been re-equipped with Avro Cadets.

These three Avro Genet Major 640s gave formation flights during the years 1933-35, registered G-ACLU, G-ACOZ and G-ACPB, the red, white and blue aircraft were owned by the Scottish Motor Traction Company of Renfrew.

Philippa Bennett, at the age of 19, was one of the youngest members of the Civil Air Guard. She joined the ATA in June 1940 and ultimately became a Flight Captain cleared to fly four-engined aircraft. 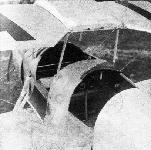