Half of the impressive flight line at Lecce air base in the 1960s. This was the training base where the Italian AF produced all its pilots, and continues to do so today.

An Impala Mk.1 of the 'Silver Falcons' aerobatic team with the new livery, taken at Hoedspruit in December 1996.

I-ADIA was the first of four MB.326D delivered to Alitalia, the Italian flag carrier, in May 1963 for pilot training at its school at Brindisi.

MM54385, an MB.326E at Venegono. May 1994, was when the last aircraft was refurbished by Aermacchi for the limited use of the Italian Air Force

Probably the last MB.326 built by Aermacchi, G-717 of the Ghana Air Force, at Venegono in February 1995. It was originally built in 1979, probably for the Force Aerienne Zairose.

Taken on an unknown Tunisian air base in the late 1970s, a flight line of recently-delivered MB.326KTs armed with live bombs and rocket pods ready for operations.

The second MB.326M built by Aermacchi for South Africa, at Venegono in January 1966

An unusual operator of the type was the 503“ Squadriglia Collegamenti based at Vicenza, home of the 5th ATAF Command. MM54384 taxying at Venegono in February 1985.

The first aircraft produced for the Dubai Police Air Wing, MB.326LD 201, before delivery at Venegono in summer 1975.

MM54187, the 37th series example on loan from AMI, was converted by Aermacchi into the demonstrator of the MB.326B, and received the civil registration of I-MAKC. 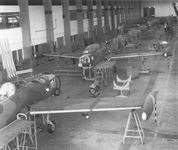 The last days of training operations of the MB.326 at the SVBIA at Lecce, 1982. On the flight line in the background the new MB.339As are already in service

MM54390 at Venegono on March 23, 1976 with the new civil registration I-IVAO, used for marketing demonstrations abroad. 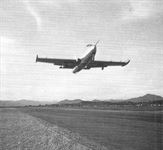 The first prototype, registered I-MAKI, at Venegono in April 1959 before the tragic tour in Egypt. 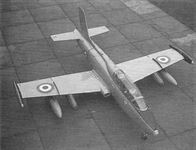 The two MB.326K prototypes (I-KMAK 'RS-25' and, in the background, I-AMKK 'RS-24') in the colours of the Italian Air Force Test Wing (RSV) taken en route to the Farnborough airshow, in September 1974.

A formation of four RAAF MB.326Hs from the 2nd OCU at Williamtown shortly after delivery.

Flight line of MB.326Fs of the Ghana Air Force at Accra air base, probably in 1966, just after delivery. 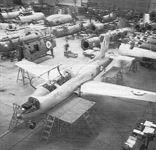 The final assembly area at Venegono, with one of the first MB.326Hs for Australia near to completion, 1967.

MM54391, I-IVAP, with RSV markings on tail, at Farnborough in September 1976, showing its wide selection of external stores.

MM572, the second prototype, in flight over northern Italy, with the civil registration I-MAHI.

The first prototype of the MB.326G, the MM.54289 (I-BAGJ) taken at Venegono in 1967, before its first public appearance at the Le Bourget airshow. 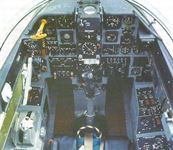 The mock-up of the MB.326C, the proposed trainer aircraft for the Italian F-104 fighter pilots.

The last days of training operations of the MB.326 at the SVBIA at Lecce, 1982. On the flight line in the background the new MB.339As are already in service