A trio of Bulldogs on a low-level bombing exercise at RAF Eastchurch, Kent, on May 11, 1936. They were preparing for Empire Air Day, when RAF stations throughout the UK opened their gates to the public.

Bulldog IIA K2142 of 17 Sqn was delivered during the second half of 1931 and remained with the squadron until it was struck off RAF charge in June 1934.

A trio of 41 Sqn Bulldogs up from RAF Northolt. The squadron leader’s aircraft, nearest the camera, carries drogue pennants.

Old faithful: The Bristol Bulldog IIa day-and-night fighter with 490 h.p. Jupiter VIIF engine is scheduled for replacement
Bulldog IIA K1626 of 17 Sqn was initially delivered to 111 Sqn. It ended its days with 3 Sqn when it crashed on landing at RAF Kenley on March 31, 1937.

A trio of 23 Sqn Bulldogs, with K2151 in the foreground, K1678 in the centre and K1687 in the background. The squadron's Bulldogs were based first at RAF Kenley and later at Biggin Hill.

Bulldog IIA K1088 in 17 Sqn markings. Delivered to the RAF early in 1930, this aircraft served with 17 Sqn at RAF Upavon until struck off charge in February 1933.

The Bulldog trainer featured sweepback on both upper and lower mainplanes, and a modified empennage. A total of 59 trainers was built.

Built in 1929, Bulldog J9576 was delivered to 3 Sqn in July 1929. On November 7, 1930, the aircraft crashed and overturned at Chipping Norton but was reconditioned. In this photograph the aircraft appears to be in 3 Sqn markings. 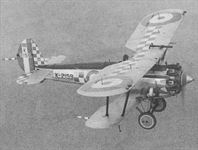 A Bulldog IIa K2159 single-seater fighter (Bristol Jupiter) with the typical service markings of 19 Sqn and equipment of its time.

"A RAID IN OUR SECTOR": Pilots of No. 23 (F.) Squadron mount, on receipt of orders from Fighting Area Headquarters.
A 23 Sqn pilot leaps into a Bulldog to take part in air exercises at RAF Kenley on July 21-22, 1931.

Another view of Bulldog IIA K2142 of 17 Sqn, probably taken at RAF Upavon. 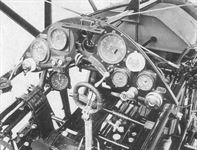