Norman Macmillan pulls the 68ft 3in-span Saunders Kittiwake off the water on its first flight from Cowes in September 1920.

The last civil Cloud, OK-BAK for CSA.
FOR CZECHOSLOVAKIA: In last week's issue details were given of this Saunders-Roe "Cloud," which has been delivered to a Czechoslovakian operating company. The machine has been purchased so that the harbour at Susak may be used when the hill-surrounded aerodrome cannot be reached in bad weather.

CSA’s Walter Pollux-engined Cloud at SuSak on the Adriatic coast of Yugoslavia while operating a Pressburg (now Bratislava)-SuSak service. 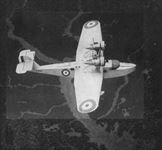 A SARO "CLOUD" OVER SOUTHAMPTON WATER: In the picture the white flyingboat shows up well over the mud flats.
K2898, the fifth A.29 Cloud for the RAF.

G-ABCJ, the first Saro Cloud, after returning from Canada and being fitted with Napier Rapier engines.

G-ABHG, the second Cloud, originally had three Lynx engines. Here it has Pratt & Whitney Wasps, auxiliary wing, and (not visible) modified tail surfaces. On its bow is the name Flying Amo.