Boeing B17Gs of the 447th Bomb Group, USAAF, based at Rattlesden, Norfolk, photographed by CHARLES E. BROWN in 1944. 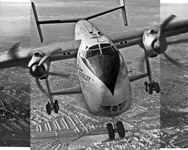 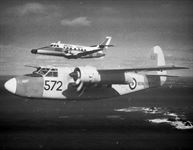 Royal Navy Sea Prince WP308 from RNAS Culdrose over the Scilly Isles on March 21, 1979, with its Jetstream successor behind. 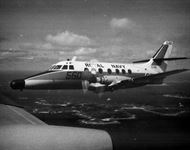 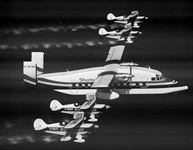 Reading Aeroplane Monthly for March 1979, I was very surprised to see a photograph of the Fokker S-11 Instructor PH-DMA on the centre-spread. This aeroplane crashed at Rotterdam airport on June 5, 1970. We, the pilot H. Beets and I, came down from about 300ft and were unharmed. The photograph shows the aircraft during recovery. Unhappily it was too badly damaged to rebuild. E. P. M. JANSSEN GROESBEEK 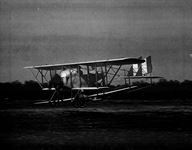 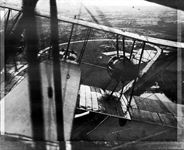 A stunning Charles E. Brown photograph taken from the rear turret of a Vickers Virginia approaching Brooklands early in May 1935. Note the Vickers Company's Weybridge works, visible between the wings on the left.

Royal Navy Sea Prince WP308 from RNAS Culdrose over the Scilly Isles on March 21, 1979, with its Jetstream successor behind.