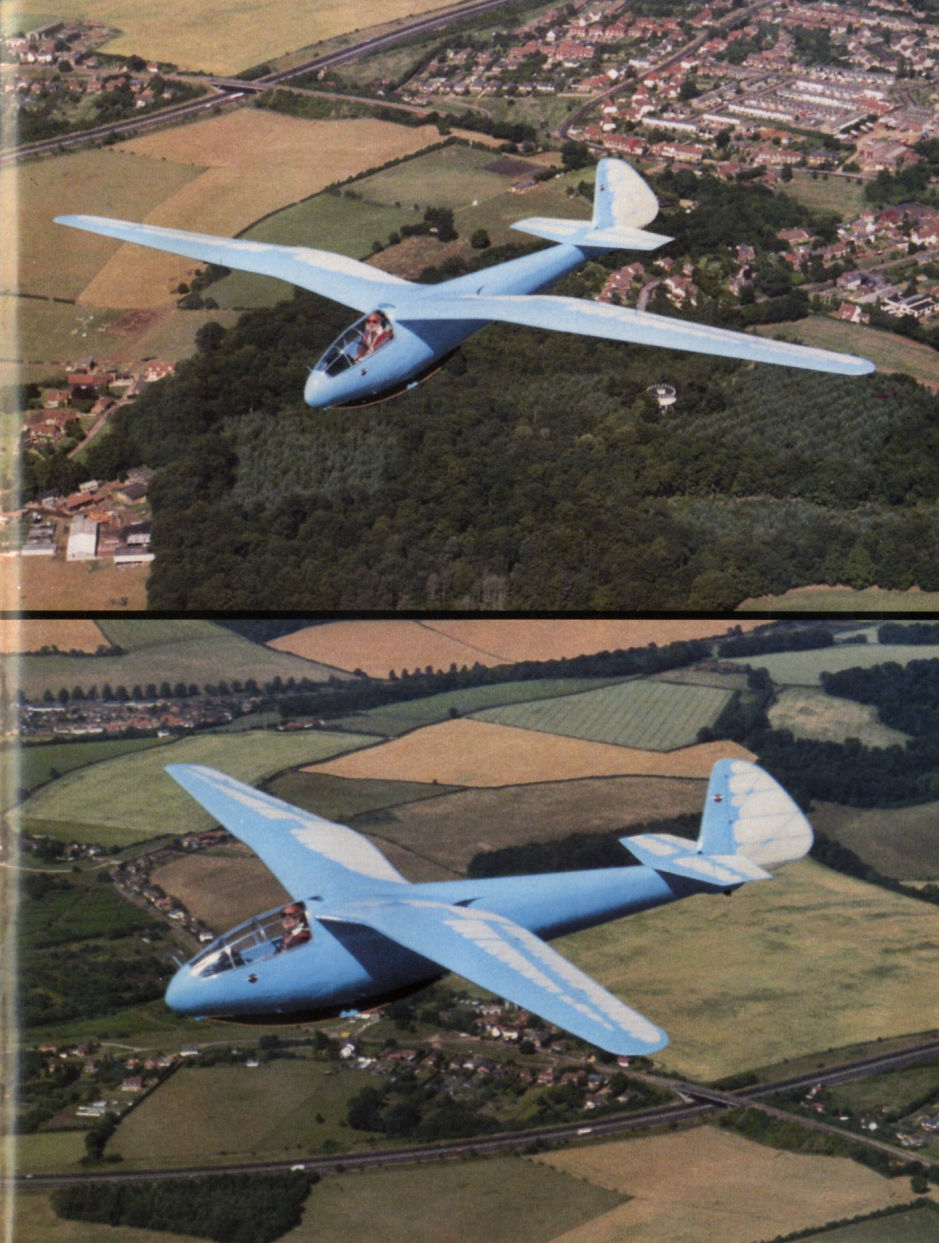 The photographs were taken near High Wycombe on July 23, 1986. Owner Mike Beach can be seen at the controls.

The Derbyshire and Lancashire Gliding Club’s Kirby Gull, BGA 348, flying at the 1938 National Gliding Competitions at Dunstable. This was the second Gull built; no spoilers were fitted at the time.

The prototype Gull flying at Gawler, the base of the Adelaide Soaring Club in South Australia, in 1957.

Grace: A fine aerial impression of a typical high-performance sailplane, Mr. Hiscox's Kirby Gull. The photograph was taken from a two-seater glider.
A fine Charles E. Brown study of a Slingsby Gull over Dunstable in July 1938, during practice for that year’s National Gliding Competitions.

The modified prototype Gull soon after its arrival in Australia in 1939. The canopy and spoilers were brought up to the new standard before export.

BGA 378, with wheel, at the Derby & Lancs site at Camphill in 1949. It wears the club’s blue-and-white stripes on its rudder, as well as registration letters. Otherwise the finish was clear dope and varnish. This Gull, with a modified canopy, still flies regularly.

The Cross-Channel Gull, BGA 380, also at Camphill in 1949. The tailplane has not yet been rigged.

The American Gull, N41829, built from plans by Herman Kursawe in 1942. This example still survives.

The Gull 2 in flight near Lasham in 1957. It was by far the largest and most complex pre war aircraft Slingsby had undertaken.

The Gull 2 during an aero-tow in 1957, before competing in the National Championships. Note the enlarged fin and the addition of a small castoring wheel. The tow-release is on the belly of the sailplane.

The Gull 2 fuselage outside the workshop, showing a wing root template clipped temporarily in place.

The Gull 2 nearing completion. Fred Slingsby, right, and an unknown assistant check the controls. Note the butterfly-type canopy. In the background the A-frame and wings of a Slingsby Primary glider bear the old golden eagle trademark.

Three photographs of the Gull III taken at Heston in 1945 by Barry Gould. Note the RAF roundels arid stripes and the name Kittiwake painted beneath the cockpit canopy.